Murree is a city in province Punjab of Pakistan. It is an exurb of Islamabad and the administrative centre of Murree Tehsil, in Punjab. It is in a subdivision of Rawalpindi District and includes the parts of the Margalla Hills around Islamabad.

Historians differ on origin of Murree’s name. According to one theory Murree derives its name from local Marrhi which means a ridge. According to another it is derived from Turkish marg which means a meadow. It may not be far from reality as there is considerable Turkish cultural influence in the area. According to yet another explanation Murree derives its name from Hazrat Marriam, or Virgin Marry, who is said to be buried at Pindi Point which is one of the highest places around. 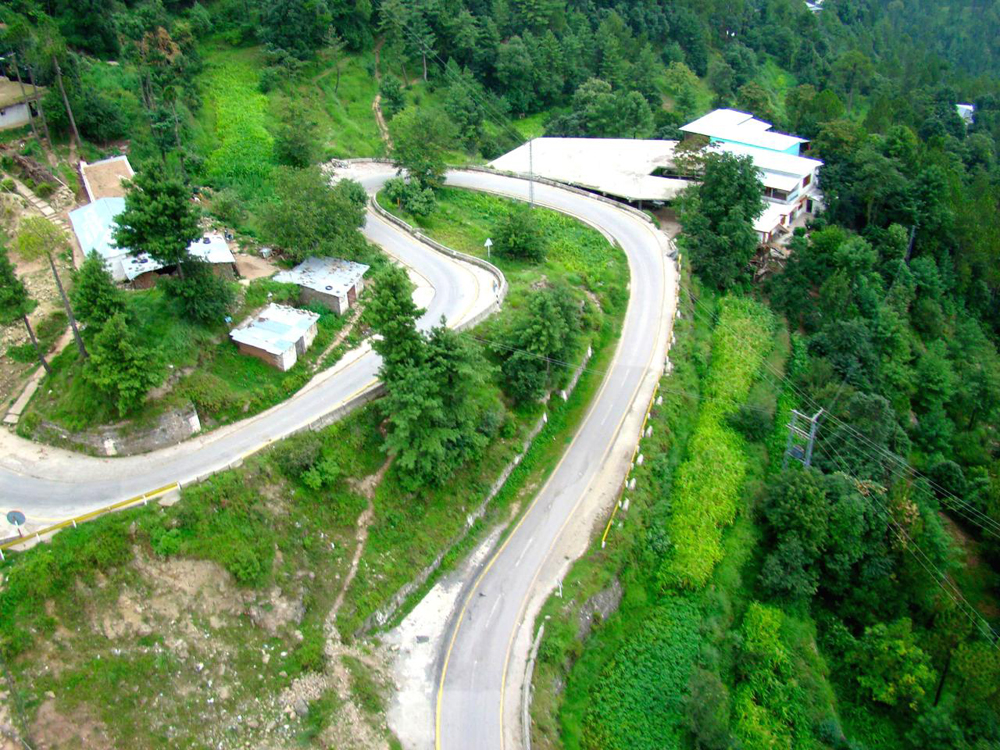 Islam is the main religion of Murree, however Christian churches from the British era can still be found in Murree and Nathia Gali. Murree Sanitarium (US sanatorium), as it was initially known, was selected because of its cool climate to serve as recuperation area for British troops and was one of the several such hill stations established in the foothills of Himalayas across the Indian subcontinent.

It was one of two important hill stations in the Punjab, other being Simla, in present day Hamachal Pardesh state of India. Murree was more accessible from the Punjab plains than Simla and served as summer capital of the province till 1875 when it was replaced by Simla. 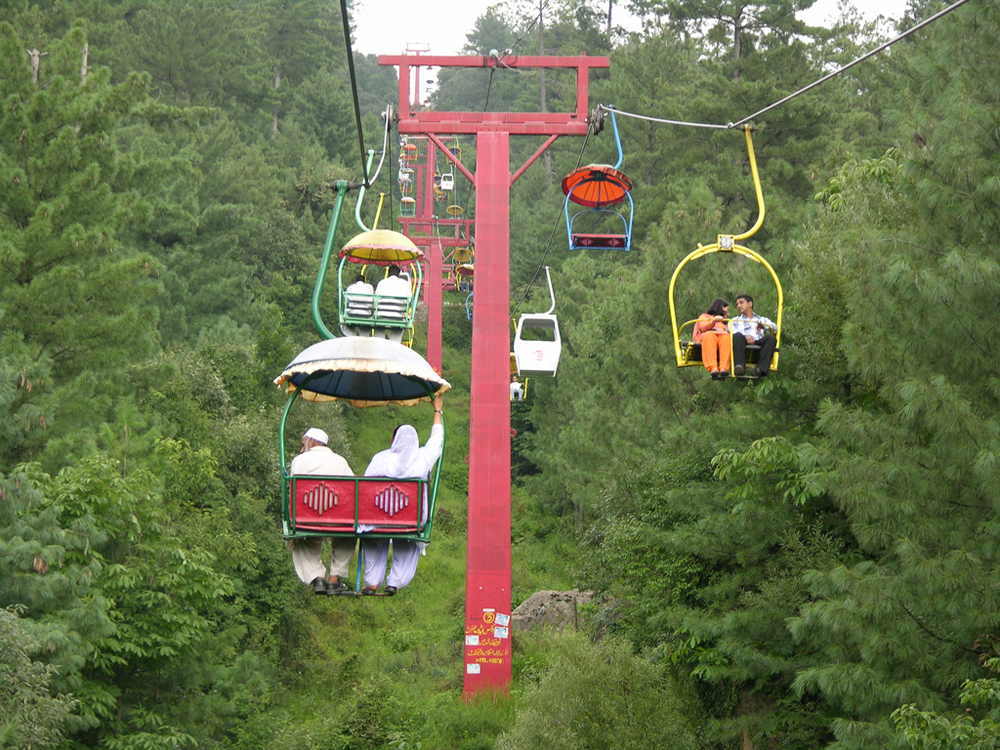 Murree is a mountainous area, forming part of outer Himalayas, situated at 33.35’ north latitude and 73. 27’ eastern longitudes. It consists of four gradually increasing supers. On highest among them is situated Murree city itself at height of 7500 feet.

Others include Patriata, Kuldana and Gharial. It is bounded by River Jehlum in the east, NWFP districts of Abbottabad and Heripur to the North and West, Islamabad Capital Territory to the Southwest and Kotli Sattian Tehsil (town) of Rawalpindi district to the South.

Murree town was built in line with the European cities with Church in the centre and main road, The Mall, running along with commercial places and administrative offices around the same. The Mall was and still is still the centre of attraction. Non Europeans were not allowed access to the Mall till independence in 1947. 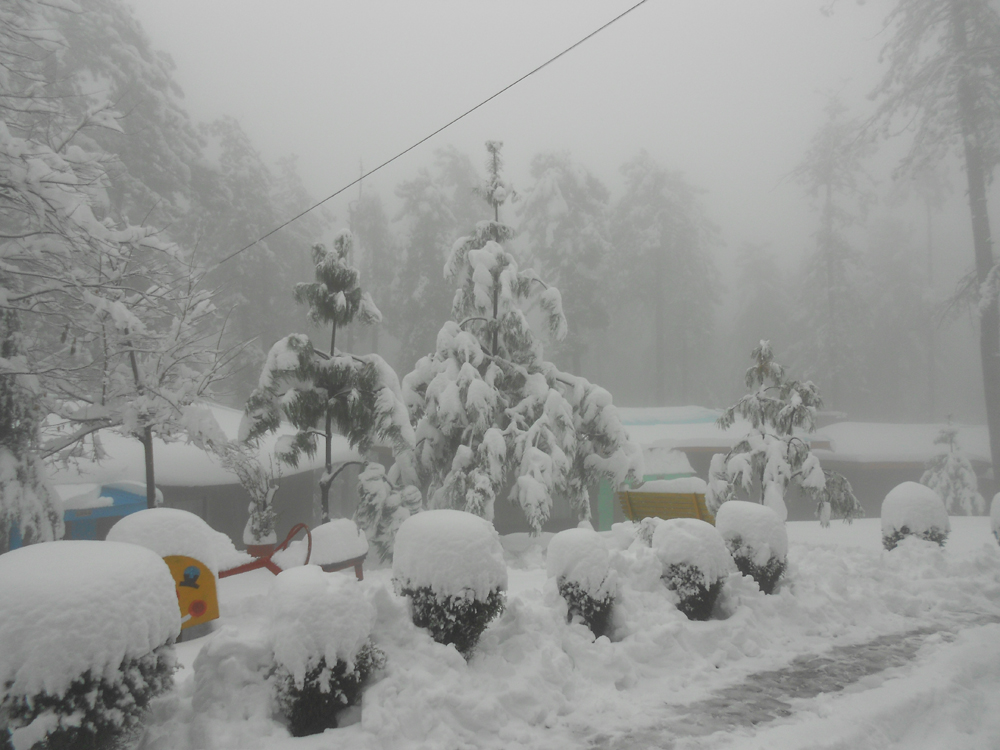 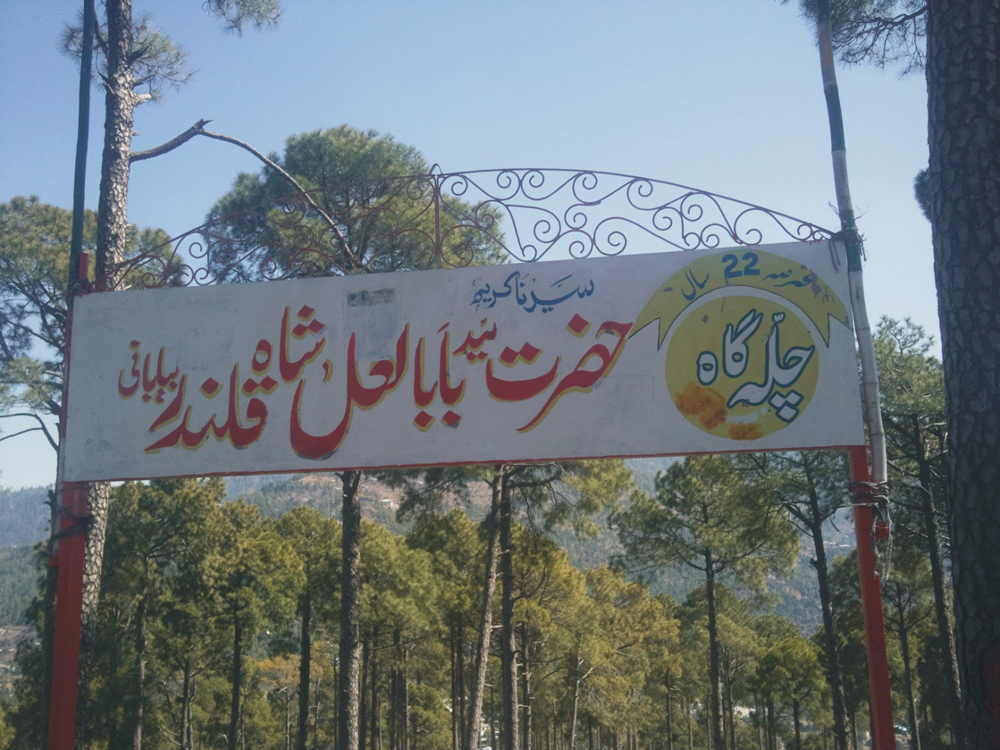 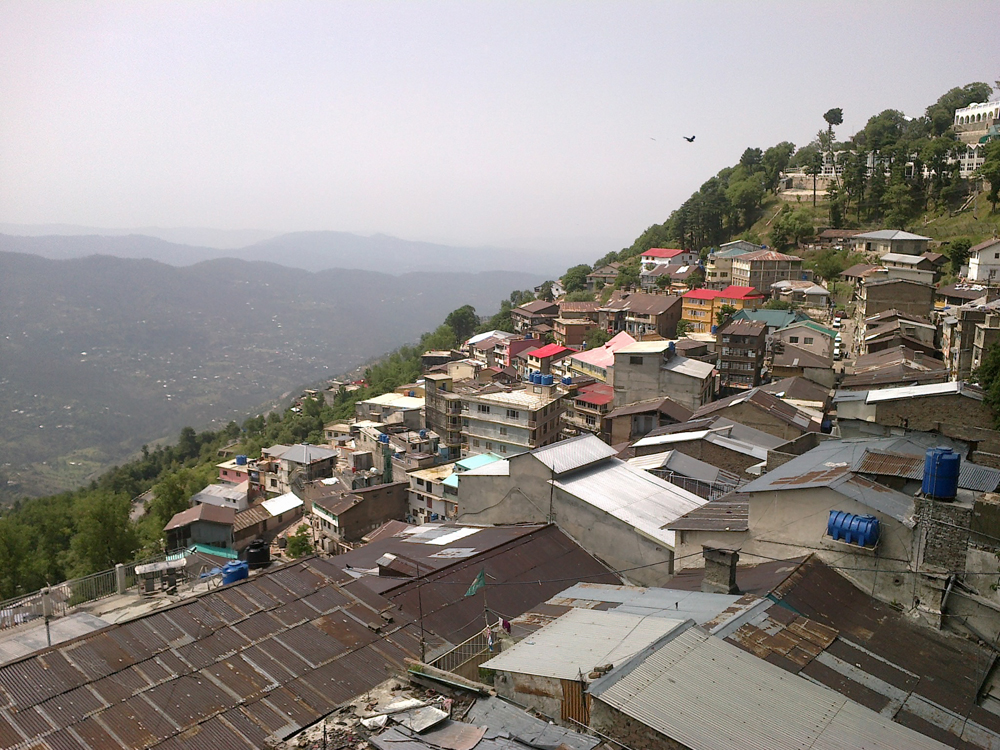 Murree features a subtropical highland climate under the Koppen climate classification. It is situated in the outer Himalayas, retaining high altitude. This type of area has cold, snowy winters, relatively cool summer with drastically escalated rain, in relation with lower altitudes, and frequent fog. 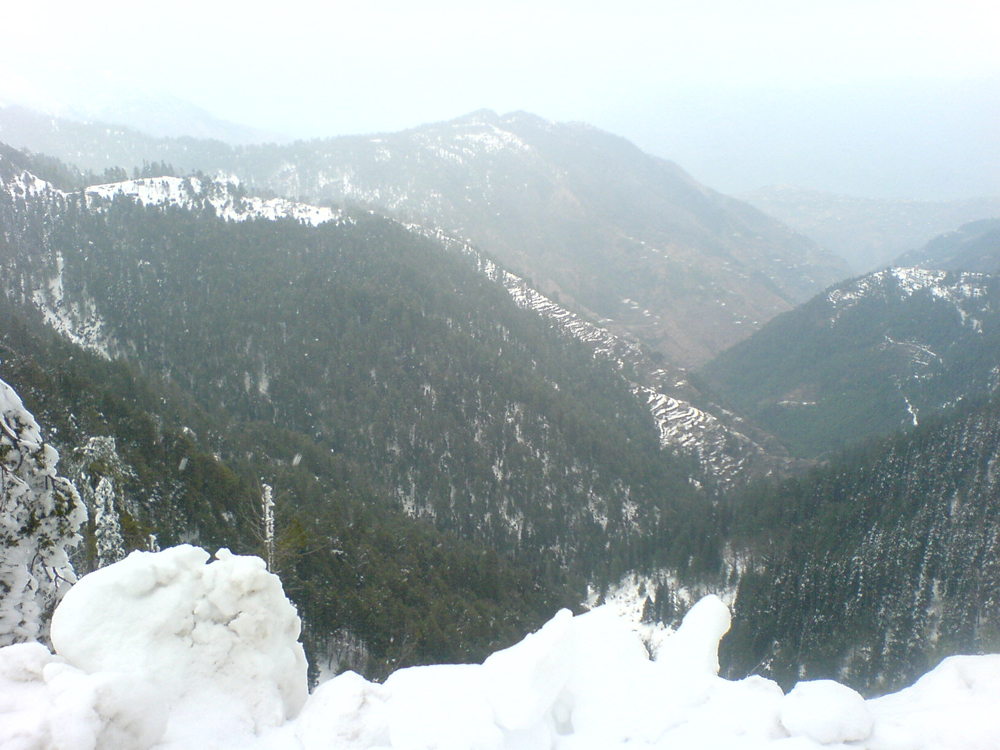