It is located in between two famous rivers, i.e., River Jehlum and River Chenab . It is bounded on the North-East by Jammu and Kashmir , on the North-West by the River Jhelum which separates it from Jhelum district, on the East and South-East by the river Chenab, separating it from the districts of Gujranwala and Sialkot , and on the West by Mandi Bahauddin district. District Gujrat is spread over an area of 3,192 square kilometres and comprises of the three tehsils of: Gujrat Kharian Sarai Alamgir Area and Population. 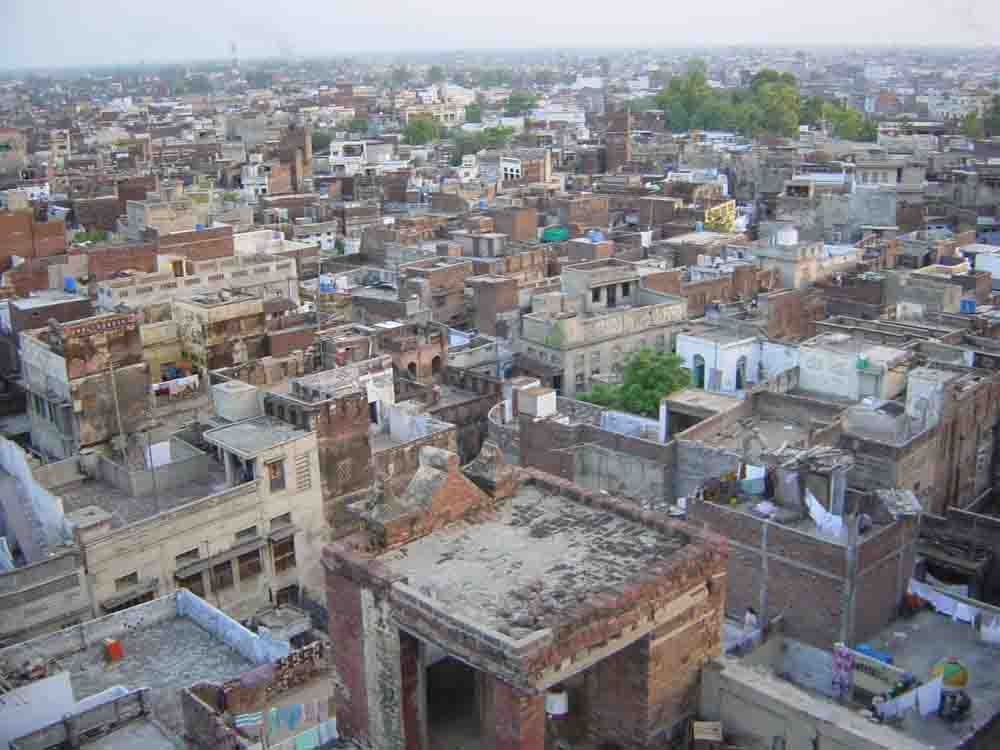 Gujrat is a very populated city as it is 17th to 20th in the List of most populated metropolitan areas in Pakistan because Jhang, DG khan and Mardan all very close in terms of population figure. According to 1998 Population and Housing Census, total population of Gujrat district is 20,48,000 persons out of which 10,26,000 are males and 10,22,000 are females.

Density of population in the district is 642 persons per square Kilometre. Percentage break-up of the Rural and Urban population is 72.3% and 27.7% respectively.

District Gujrat has been famous for the manufacture of low temperature pottery and ceramic goods. Apart from pottery, district Gujrat is also famous for the production of elegant ‘Hookas’ . Moreover, Gujrat is famous for its beautiful and artistic handicrafts, Flower pots, “Changairian” made by leaves of palm and date trees, cotton mates, “Dhusse” and woolen shawls are famous and very much popular throughout the country and abroad. 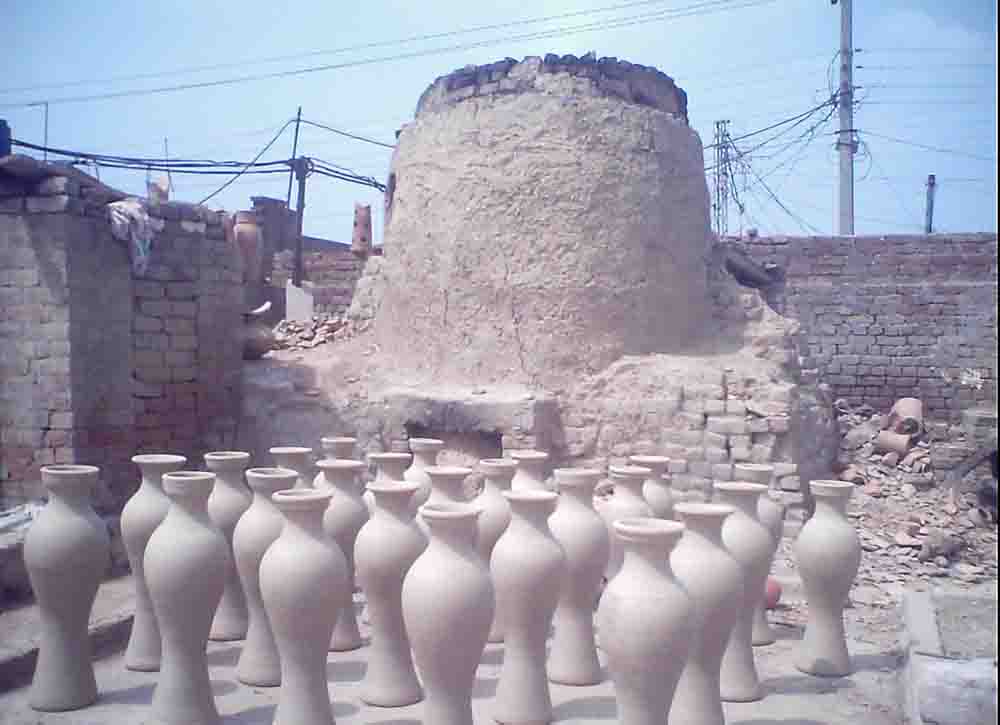 Gujrat was founded by Raja Bachhan Pal Gurjar in 460 BC, according to General Cunningham, the British historian. Historical consensus is that it existed in the time of Alexander the Great, and that the Mong’s Raja Porus put up a fierce challenge to Alexander’s invasion at the bank of the Jehlum River. The establishment of Gujrat City was realised early in the 19th century after the British Empire and in support of regional landlords.

After the independence of Pakistan in 1947, the minority Hindus and Sikhs migrated to India while the Muslim refugees from India settled in the Gujrat district. Muslims refugees from East Punjab, Haryana, Jammu started arriving and crossed the border into Pakistan; many were given land in Gujrat District to settle. 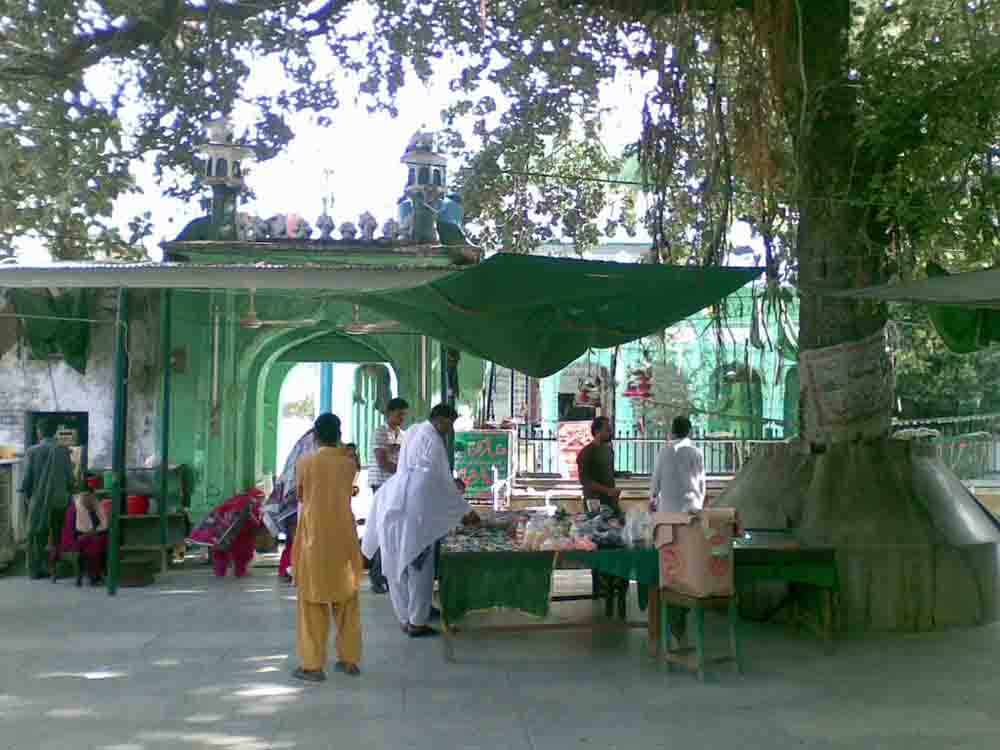 The major sources of livelihood among the Gujrat populace are agriculture and small industries.

Because of it’s proximity with the rivers the land is good for cultivation with rice and sugar cane as main crops. 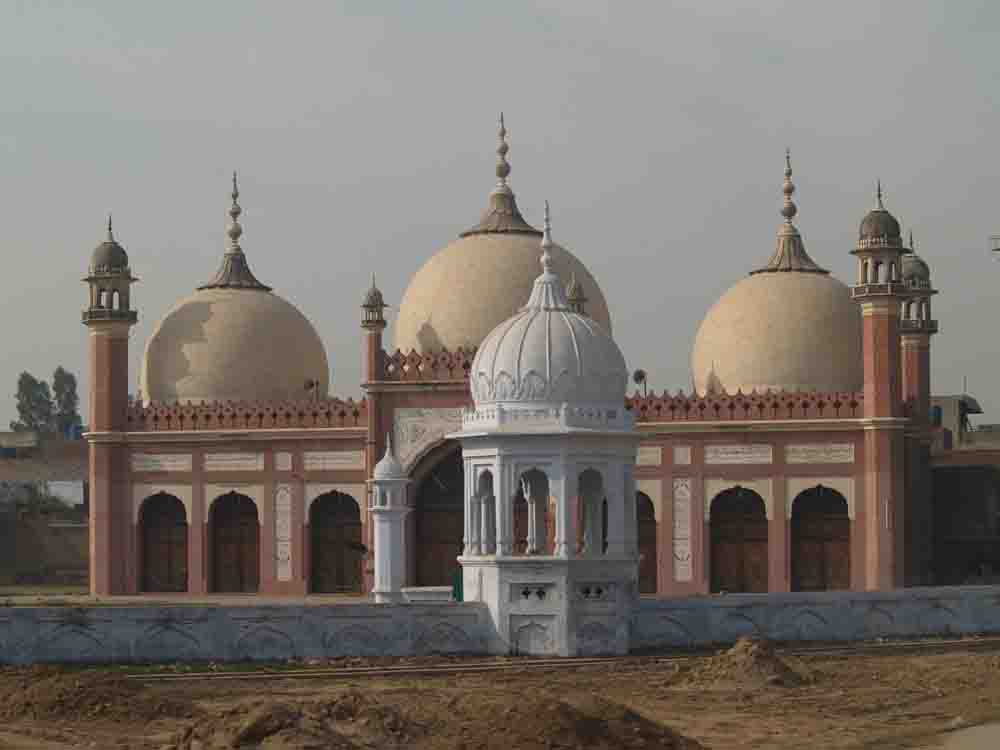 Wheat and Rice are the main crops grown in the district. Besides, Sugarcane, Bajra, Tobacco, Maize, Jawar, Masoor, Moong, Mash, Oil Seed such as Mustard and Sun/Flower are also grown in minor quantities in the district. 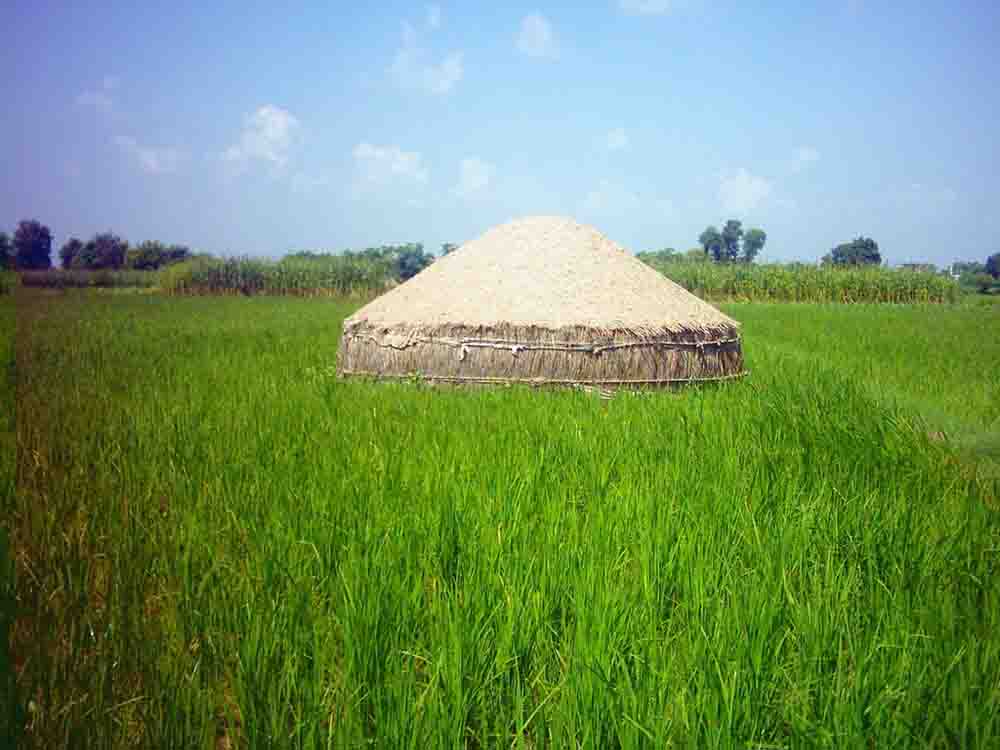 Gujrat is also known in the world for it’s clay with which Gujratis produce quality pottery since ages. Apart from agriculture and clay the city is well known due to its furniture manufacturing skills . Gujratis have mastered the skills of conditioning the wood and producing world class furniture having immaculate finish. Over last few decades Gujrat has also attained a name in export of electric fans.
Gujrat has a unique status throughout the Punjab due to some of its manufacturing capabilities and productions. There are about 1,059 cottage level and small/medium/large scale industrial units operating in the district. Jalalpur is a large town of Gujrat , where several small and large textile industrial unit have been established.
There are many other industrial units and factories engaged in manufacturing of electrical goods (Fan), Electric Motors, Earthen Utensils, Shoes, Rubber Tyre Tube, Sanitary Ware ,Rice Cleaning Mills and Furniture. The high quality furniture made here have been used in National and Provincial Assemblies.
The story of emergence of electric fan manufacturing industry in Pakistan is one of those heroic efforts made by a few enterprising individuals who. Starting with nothing in early 1940s struggled against all odds and turned this concern into a most efficient industry in Pakistan.
This is an industry on which all Pakistanis can rightly be proud of. It does not owe its success to any foreign collaboration or any from the Government, but only to its own people whose constant research for maintaining good quality and devising new methods and techniques of production have now resulted in a product which we can rightfully claim as among the best in the world.
There are now over five hundred fan manufacturing units operating in Gujrat, Gujranwala , Lahore and a few other cities. Except for a few, the rest falls into the category of cottage industry. These small units from the real backbone of this industry. They provide employment to a large number of people and all put together account of more than 90 percent of the domestic market. 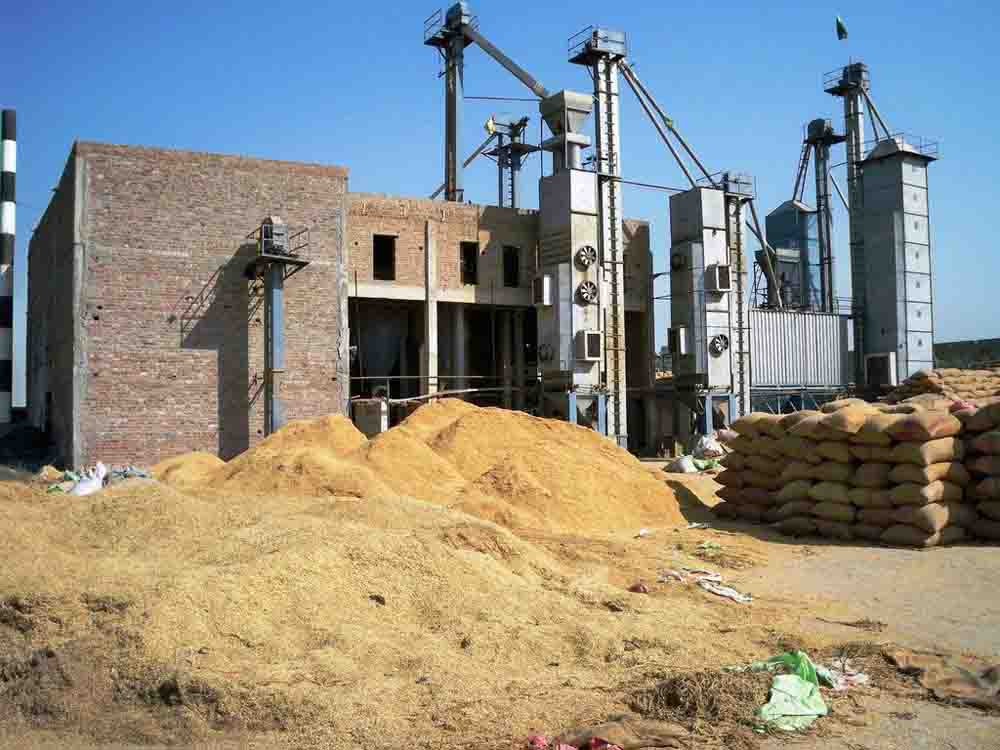 This district has moderate climate, which is hot in summer and cold in winter. During Peak Summer, the day temperature shoots up to 45ºC, but the hot spells are comparatively shorter due to proximity of Azad Kashmir Mountains . The winter months are very pleasant and the minimum temperature may fall below 2ºC. The average rain-fall on the Kashmir border is over 100 cm, at Kharian it is 75 cm, at Gujrat 67 cm and at Dinga 50 cm.

An area of 5,173 acres is under forest. There is also linear plantation of 662 Km alongside the roads/rails/canals in the district. Trees grown in the area are Kau, Phalai, Kikar and Shisham.

Gujrat, situated beside the grand trunk road and main Railway track is directly connected with the major cities like provincial and central metropolises of the country.

The main Peshawar – Karachi railway line passes through Gujrat district. The district is linked with Jhelum and Gujranwala districts through railway network.
Probably the most voilent city after Karachi, with a murder rate similar to that of Colombia. A town not to be rivalled with the people in this town are immensley proud and a fierc fighting force. Due to this high rate of violence a lot of parents want their their young male childern to work abroad. In fact nearly 4 out of every 5 of Pakistanis (5% of total norvigen Population) come from this district. 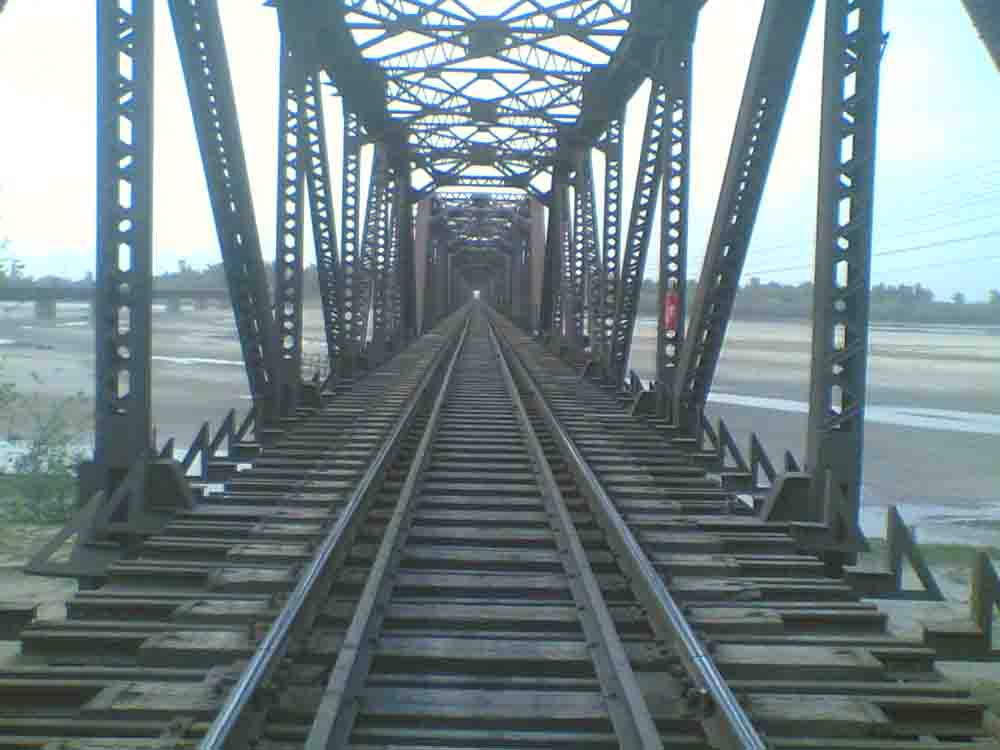 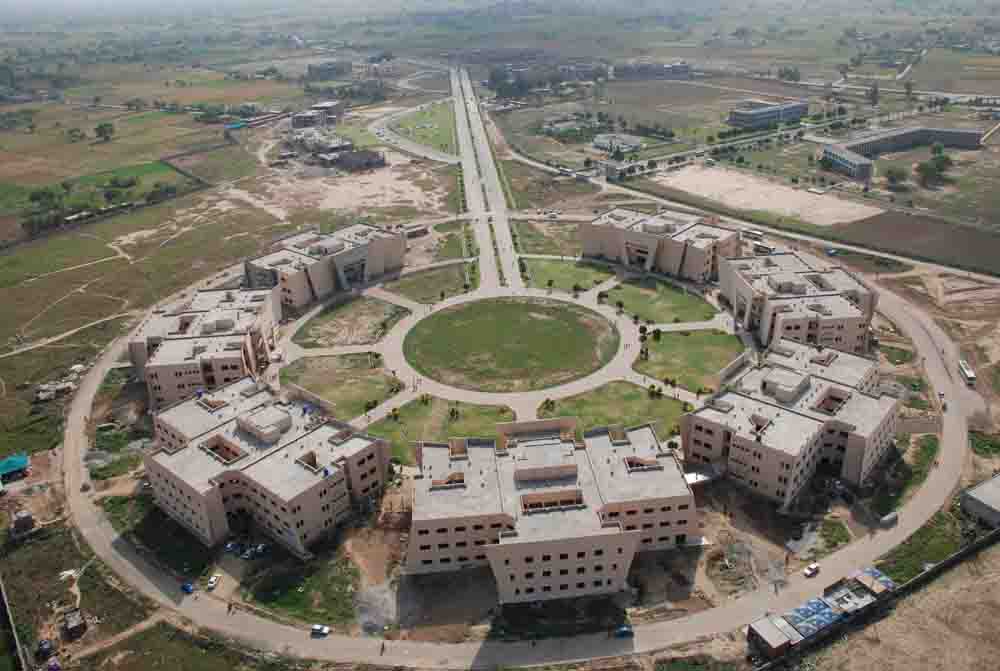