Derawar Fort is a large square fortress in Pakistan in Bahawalpur. On the edge of the desert, 100 km from Bahawalpur stands the majestic Derawar Fort. The walls have a circumference of 1500 metres and stand up to thirty metres high. It is the largest and the most superlatively preserved fort of Cholistan. The powerful fort towers over the surrounding semi desert and are visible from miles around.

It is a square fort measuring 672 feet in length on each side, with a gate on its southern side approached by means of a winding ramp. Most of the bastions show geometric designs made by burnt bricks. A number of buildings in the fort provided quarters for Nawab’s army. The retiring quarters of the royal family still stand deserted inside the fort. 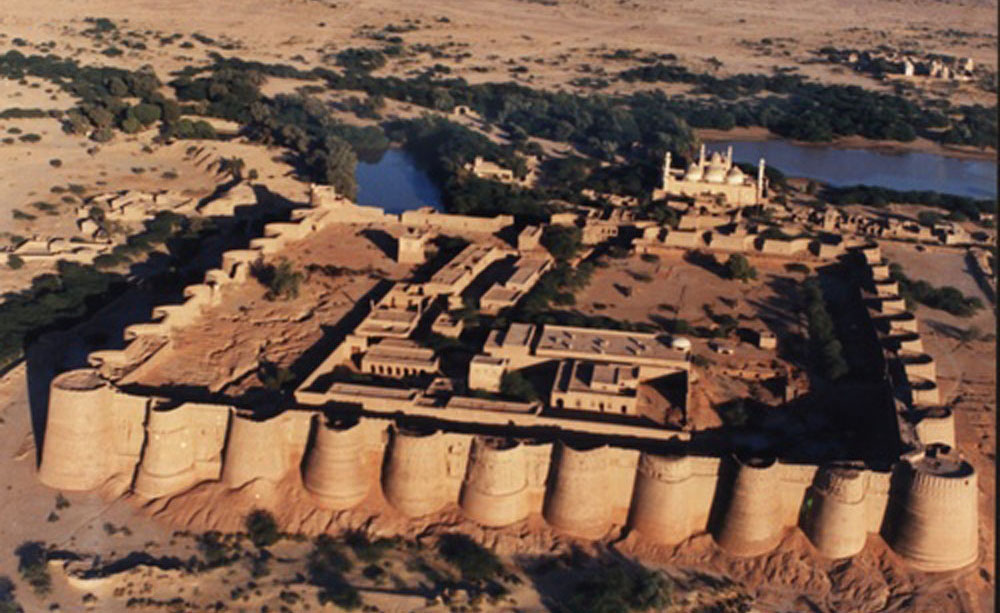 Almost an hour’s drive from Dera Nawab, which is almost at an hour’s distance from Bahawalpur City.

The first fort on the site was built by Hindu Rajput, Rai Jajja Bhati of Jaisalmer. It remained in the hands of the royal family of Jaisalmer until captured by the Nawabs of Bahawalpur in 1733. In 1747, the fort slipped from the hands of the Abbasis owing to Bahawal Khan’s preoccupations at Shikarpur. Nawab Mubarak Khan took the stronghold back in 1804.

Four shrines of pious Muslims are located near Derawar Fort. The Derawar Mosque, having 3 domes and 4 minarets, is an exact replica of Moti Masjid at Red Fort Delhi, and was built in 1844 A.D. There is also a royal necropolis of the Abbasi family, which still owns the stronghold. The area is rich in archaeological artifacts associated with Ganweriwala, a vast but as-yet-unexcavated city of the Indus Valley Civilization. 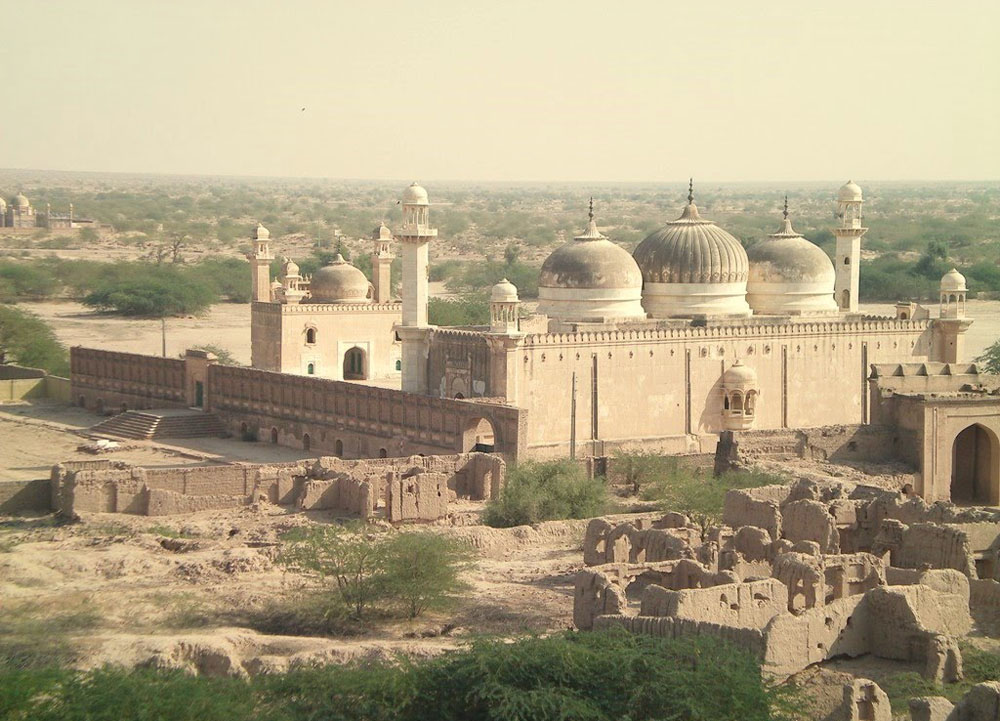 Re-built in 1733 by the Nawab of Bahawalpur who captured it, this is a big fort, located in the desert of Cholistan. With a circumference of around 1.5 Km, the interior is mostly damaged though still you can see the administration block, residential area and walk above the walls, looking out into the vast desert and also a view of the Nawab (Royal) Graveyard. The Mosque (Masjid) is in good form, and stands just outside the Fort. The outer walls ruins stand but the inner is still intact. There’s also an underground tunnel inside the fort. 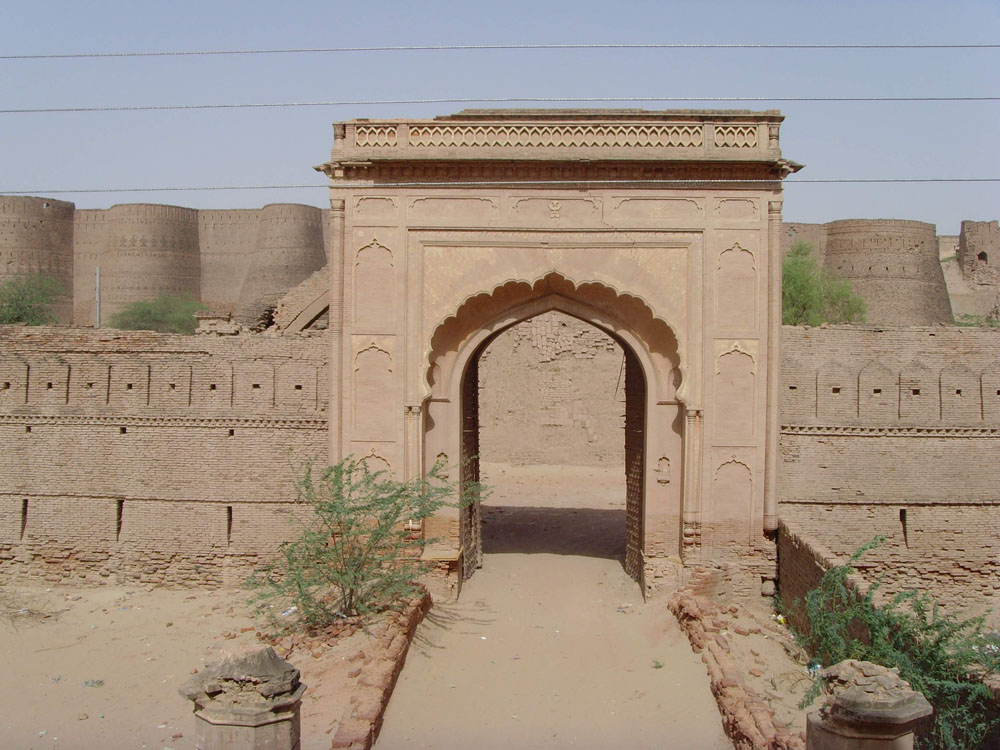 Derawar Fort (Qila Derawar) is in good condition, its walls are intact and still guarded by soldiers in fezes. The tombs of the Amirs of Bahawalpur are also at Derawar, decorated with attractive blue glazed tiles contrasting with the ochre landscape. Some of the cannons which were used times ago by the Army of Bahawalpur are also kept in this fort. 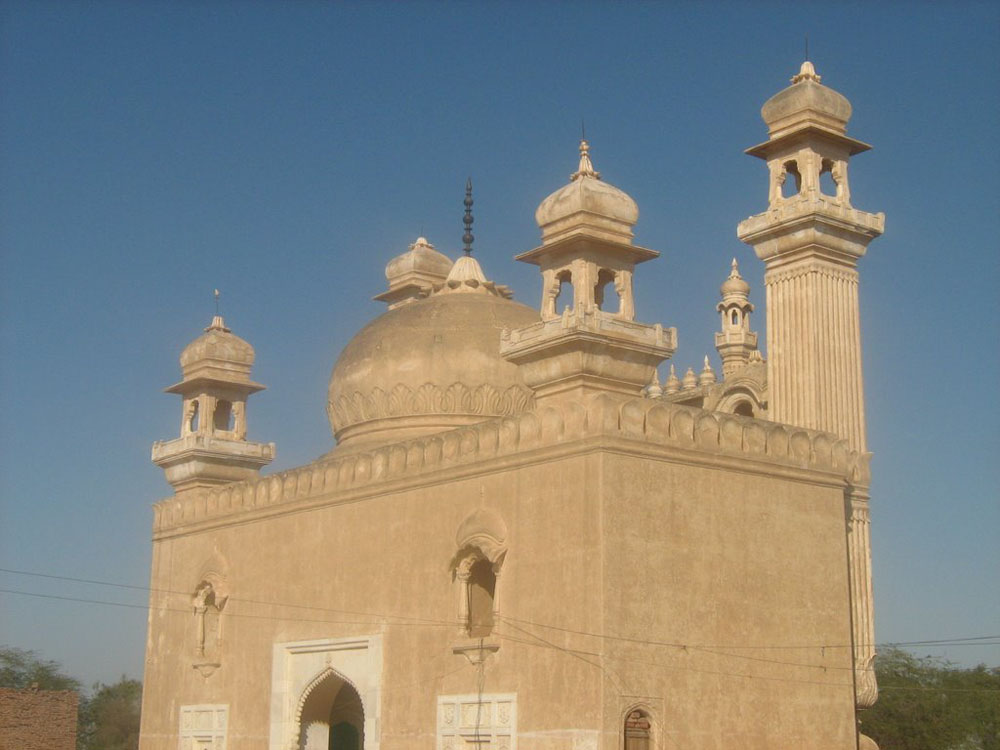 The desert has an average rainfall of 12 cm (5 inches) a year, and there is very little civilization. The underground water is brackish. The few people of the desert dig artificial wells in the troughs between the sand hills and use camels to draw the water up.

Every year a Jeep Ralley is held in the desert of Cholistan. This Race is so famous that people from all over the world come to the desert to see and participate in the jeep ralley. This jeep ralley is broadcasted live by some local channels of Pakistan. It is really worth it spending every penny to come here and watch the Cholistan jeep ralley Bahawalpur.