It is located in village Shingardar (a village between Ghalegay and Barikot), it is about three kilometres from Barikot. You will get a glance of a magnificent Buddhist Stupa on the right side. Just about one and a half km away from this stupa, one can see large figures of Buddha carved on the rock.

The Shingardar stupa was identified by Colonel Deane and S.A Stein with the famous stupa built by King Uttarasena on the spot where the white elephant that carried the Kings share of the relics of the Buddha halted. When he had arrived at this spot the elephant suddenly dropped down and, dying, changed himself into a rock .

By the side of this rock the King at once erected this stupa. This myth of the stupa is derived from a local tradition (Deane, 1886,Stein, 1930). The tradition is preserved by Hieum Stang who visited Swat in the 7th century A.D. 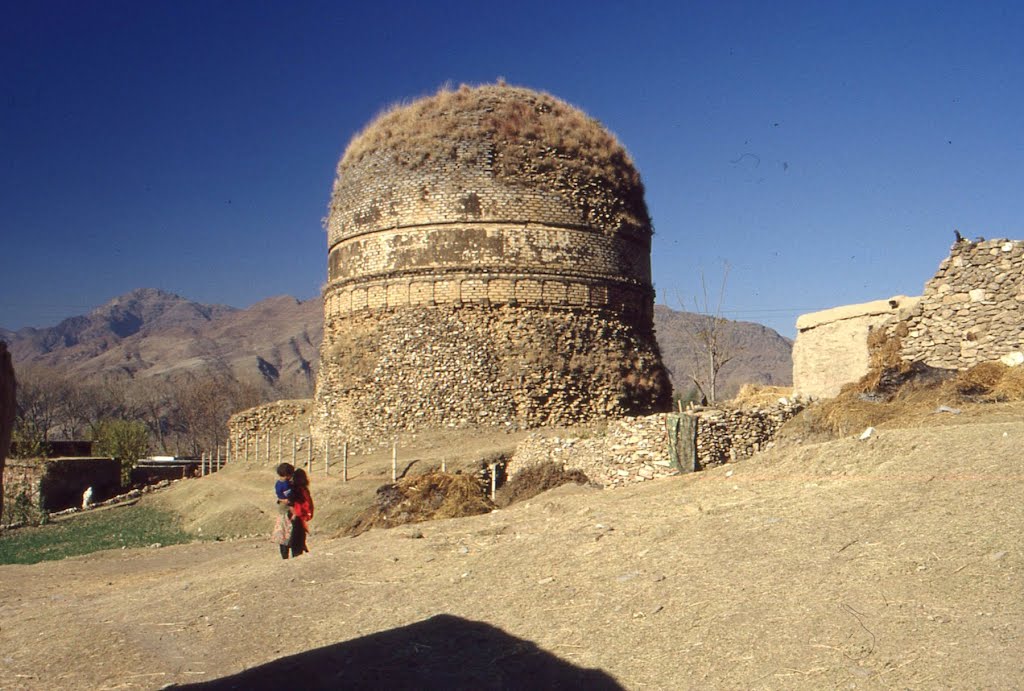 It is said that when the elephant reached this spot with the relics of Buddha on its back, his body miraculously turned into stone after dying at this spot. It is further claimed that the hilly ridge opposite the great stupa on the north depicts a faint figure on it, visible only to the pious eye. G.Tucci, does not agree with the identification, and says that this stupa was not erected by the King Uttarasena.He places the stupa of the legend some where near the Naway kaliay about 500 meters to the north of Kota village. 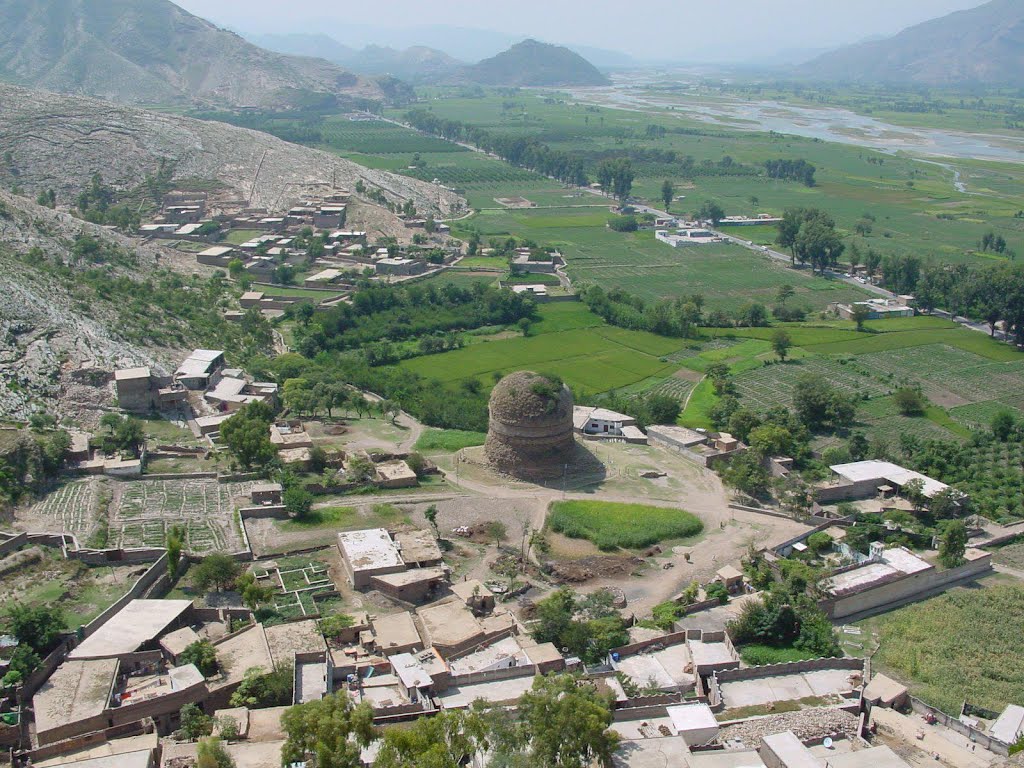