It is located at the Latitude of 25°53′47″ North and Longitude of 67°54′9″ East. It is located in the Kirthar Range about 30 km southwest of Sann, in Jamshoro District. It is approximately 90 km north of Hyderabad.

It is  also recognized as Dewar-e-Sindh is the world’s largest fort with a perimeter of about 26 km or 16 miles.  It has an approximate diameter of 6 km. Its walls are on the average 6 meters high and are made of gypsum and lime cut sandstone and total circumference is about 20 km. It was initially constructed for bow and arrow warfare but later on expanded to withstand firearms.

Ranikot is the most supernatural wonder of Sindh. Viewable from five kilometers away its massive rolling walls twist and dip over the hills. Its walls, built with clad sandstone and toughened with 45 bastions along the outer wall, of which 7 are rectangular and the remaining are round. All modified throughout the ages to accommodate the use of gunpowder, this perhaps makes it the largest fort in the world. 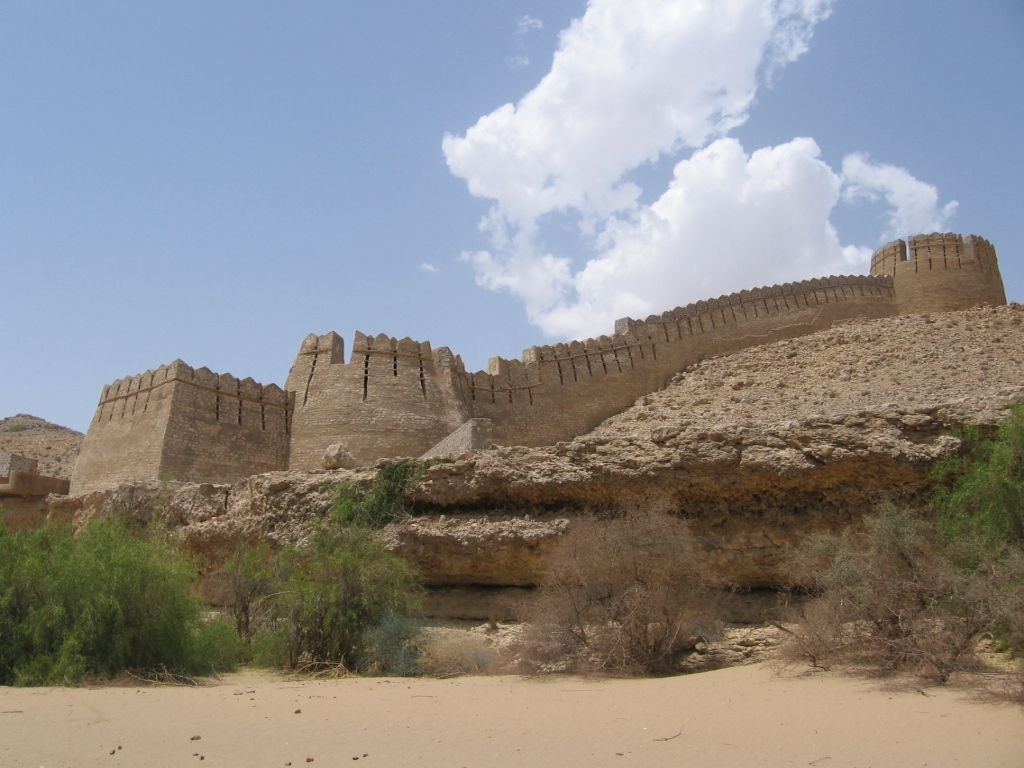 There are various myths regarding this fort. Some archaeologists attribute it to Arabs, or possibly built by a Persian noble under the Abbasids by Imran Bin Musa Barmaki who was the Governor of Sindhin 836. Others have suggested a much earlier period of construction attributing to at times the SassaniansPersians and at times to the Greeks. Despite the fact that a prehistoric site of Amri is nearby, there is no trace of any old city inside the fort and the present structure has little evidence of prehistoric origins. 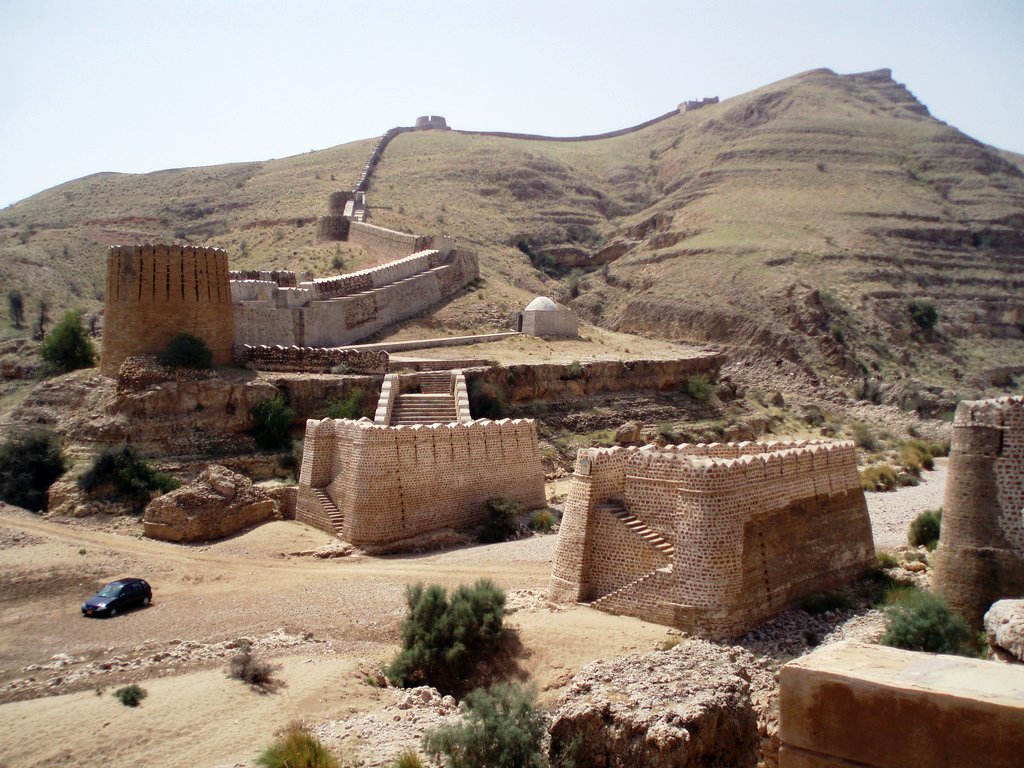 Archaeologists point to 17th century as its time of first construction but now Sindh archaeologists agree that some of the present structure was reconstructed by Mir Karam Ali Khan Talpur and his brother Mir Murad Ali in 1812 at a cost of 1.2 million rupees (Sindh Gazetteer, 677).