South Waziristan is a mountainous area of North-Western part of Pakistan. It borders with Afghanistan and covers an area of approximately 6,620 square kilometers. Waziristan is divided into two agencies for administrative purposes (South and North). It comprises the area west and south west of Peshawar between the Touchi River to the north and the Gomal River to the south. South Waziristan is the largest agency of FATA. The Agency is divided into three administrative sub divisions: Sarwakai, Ladha and lower form of Wana. Although there are five tribes in the region, but the most prominent are two tribes namely the Mehsud and the Ahmadzai Wazir (or in short Wazir). Another famous tribe is the Burki tribe, but they are very few in numbers in this region. These tribes are futher sub-branched into numerous small tribal clans, but most of them share common or at-least similar characteristics. 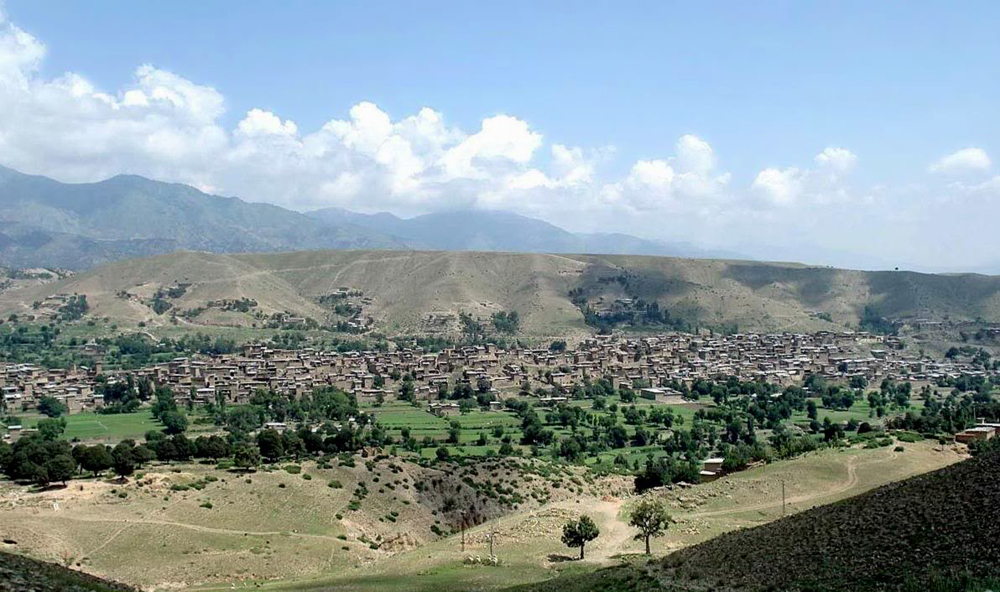 From a historical perspective, the people of this region have been very brave. The great fighter Alexander the great, was also not able to succeed and conquer this region. Even the Britishers were not able to take over the area. The British rulers named this area as “Hell’s door knocker”, because of its frightening character of local fighters and hostile territory. An interesting fact about this region is that no has ever directly governed this area. According to history both the Wazir and Mehsud tribes lived an independent life and were never governed by any government or king. 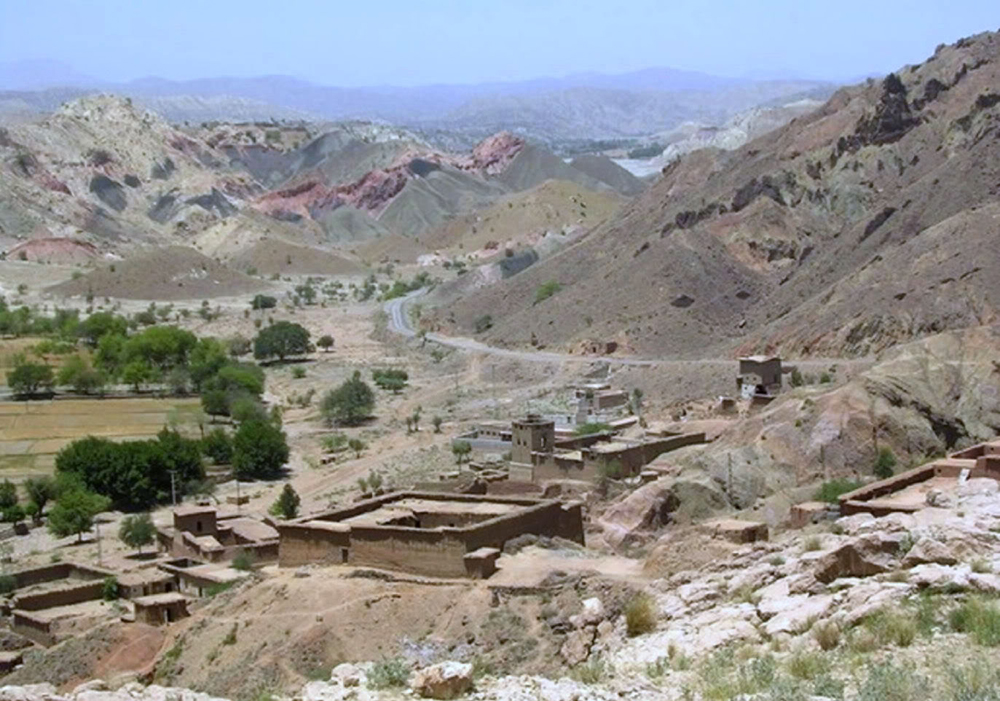 It has two headquarters:

The Mahsuds and Waziris are the two main tribes of this Agency. There are also the Burki (whose enclave is in the heart of Mahsud territory), some Dotanis and other Powindah settlers in the southwest corner of the Agency between Thati to Zarmelan. According to their own traditions, the Waziris call themselves the descendants of Waziri who was the son of Sulaiman, the son of Kuki, the son of Karlan and grandson of Qais Abdur Rashid. They are usually described as being a tribe of Karlani Pashtuns. From this common origin come the Wazirs, a title which properly includes both the Wazirs and Mahsuds, although in practice the word Wazir has come to primarily represent the former. 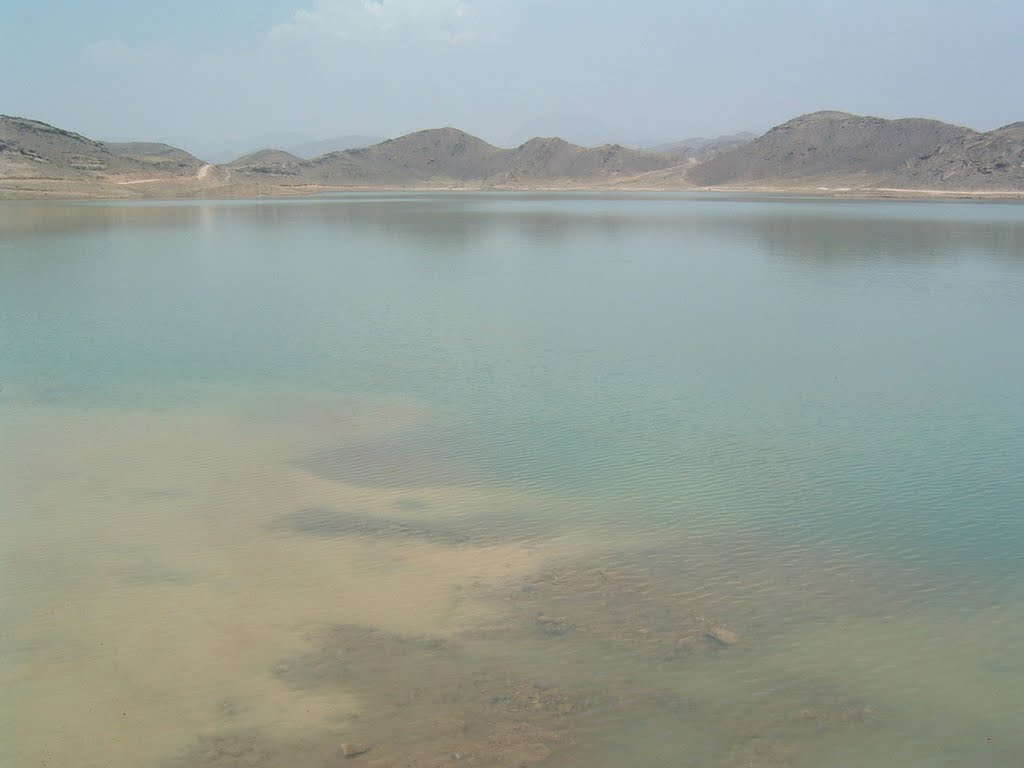 These areas did not come under British control until November 1893, when the Amir of Afghanistan signed a treaty renouncing all claims to these territories. After an attack on the Delimitation Commission Escort at Wana in 1894 and subsequent large military operations in 1894-95, a Political Agent for South Waziristan was permanently appointed with its headquarters at Wana; another was appointed for the North Waziristan with headquarters at Miranshah. The post of Resident in Waziristan was created in 1908. The Political Agent in North Waziristan was subordinate to the Resident, who was directly responsible to the Chief Commissioner of North Western Frontier Province. With the withdrawal of Indian government to the settled districts, the regular armed forces were withdrawn and, instead, a local militia was raised in 1900. However, large scale disturbances occurred in 1904 resulting in the murder of the Political Agent and Militia Commandant at Sarwakai. Later, a plot to murder all the British officers, seize the Wana fort. and hand it over to Mullah Powindah, the self-styled king of Waziristan, was discovered. The Political Agent and the Commandant, on the same night, disarmed and dismissed all the Mahsuds from the Militia. A few months later, they were again enlisted, but were once again disbanded in 1906. In 1925 the Royal Air Force pacified Mahsud tribesmen by means of a short bombing campaign. 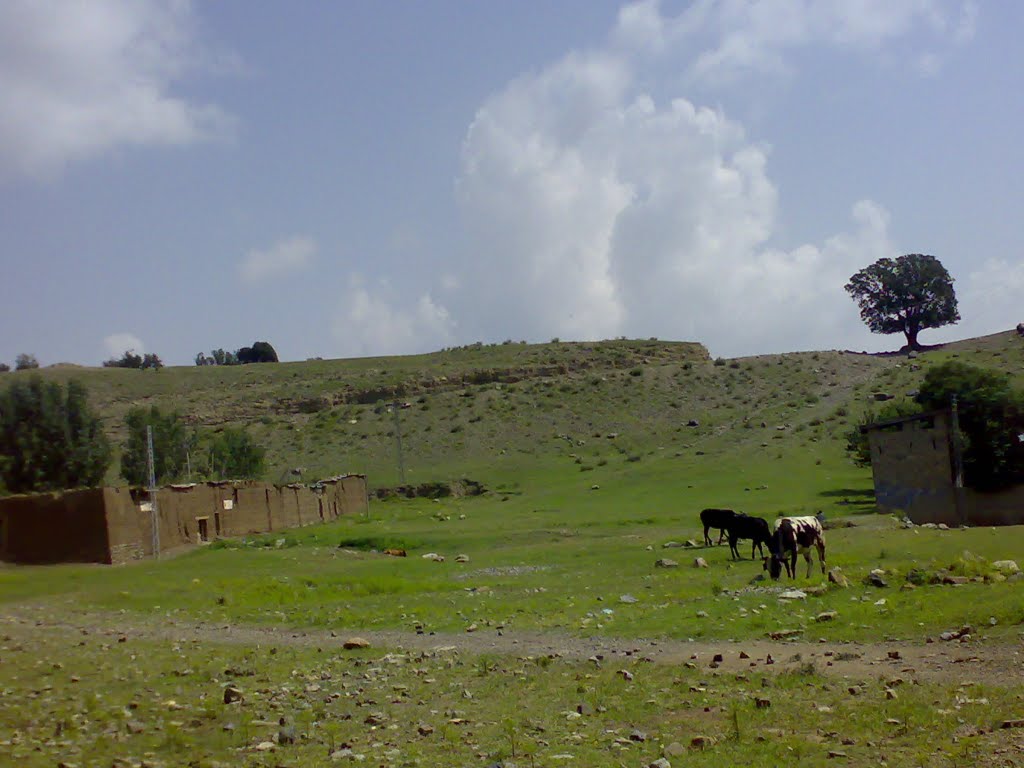 Historically, the Wazirs and Mahsuds have always looked toward Afghanistan as their real home, and throughout the British Colonial period, they supported Afghan kings in their wars against the British. On many occasions the Afghan throne was saved with the help of the Wazir, Mahsud, and Burki/Baraki from Wazirstan. Of those who fought during this time, most came back to their homeland, but those who stayed were given high ranks of office, such as Faiz Muhammad Mahsud, who was granted a title the equivalent of prime minister during the 1970s. Today the majority of Mahsuds are still in Logar Province, with the title of Waziri, but by caste, they are Mahsuds. The majority of these are Manzai with a sub-caste of Dramankel, Faridi, etc. When the Soviet-Afghan War started, some of these families came back to Wazirstan but could not stay there, so they moved to cities like Peshawar and Karachi. 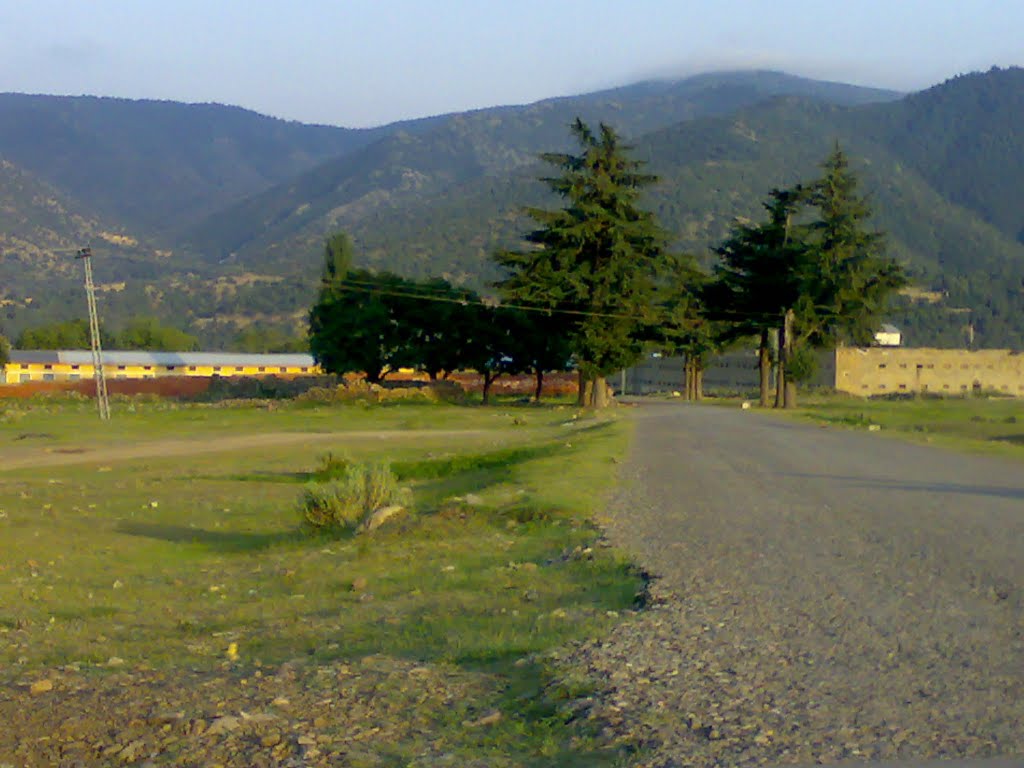 The mountains of South Waziristan are Pre Ghal, Spinghar, Spinkamar

The South Waziristan Agency is mostly a mass of rugged and complex hills and ridges. There are no regular mountain alignments. The land rises gradually from south and east to north and west. The dominating range is the Preghal in the west along the border with Afghanistan. It is the highest peak which is 3515 metres high. Zarmelan, Wana, Shakki, Zalai, Spin and Tiarza are the main plains of the Agency.

There are two principal rivers in the Agency viz. Gomal of Luni and Tank Zam. Some important rivulets are Khaisora, Shaktu, Splitoi,  Wana Toi, Shuza, Shinkai and Shahur. The rest are merely mountain streams generally insignificant but they all become dangerous and impassable during heavy rains which frequently occur during the months of July and August. The Gomal River rises in two branches in the eastern slopes of the western Sulaiman range in the Birmal District of Afghanistan not far from the source of the Tochi River. The Tank Zam is formed by the junction of the Tauda China and the Baddar Toi, at Dwa Toi, south of Razmak.

There is hardly significant mining to be mentioned. Coal mines have been discovered in the disputed area of Neeli Kach Tehsil Wana. Copper is found in Preghal and Spin Kamar.

The majority of the people of Waziristan are agriculturists. Their main crops during Rabi are wheat, barley and Shaftal and in Kharif sow maize, rice and sugercane, onion, melon, potato, tomato, Ginger etc, are subsidiary crops in “Zaid Rabi”. Apricots Apples, grapes, walnuts, plums, persimmon, pomegranates, Pears, Peaches, dates, figs, watermilli, Muskmilli, orange, Bananas and others are found in a large number in waziristan.

The Agency has hot summers and very cold winters. In winter, temperatures go below freezing point in places of high altitude. The summer season starts in May and ends by September. June is generally the warmest month when the mean maximum temperature rises slightly over 30 degrees Celsius. The winter starts in October and continues until April. December, January and February are the coldest months. The mean maximum and minimum temperatures for this period are 10 and -2 degrees Celsius, respectively. The Agency is outside the monsoon zone, yet at higher altitudes a fair amount of rainfall is received. South Waziristan Agency has an arid climate, receiving minimal precipitation. The western portion, bordering Afghanistan, receives more rainfall than the eastern portion touching Tank and D.I.Khan districts. Most of the Agency receives mean annual rainfall of 6 inches, while a small area in the southeastern corner receives less than 10 inches (250 mm) of rainfall annually.

Education wise the area of South Waziristan is very much neglected. Although there are some schools in the area, but colleges are insignificant. The only main college in the whole region is Cadet College Wana. Another cadet college is announced to be open in Spinkai, but at the moment cadet college Wana is the only main college. Most of the students have to go to Dera Ismail Khan for further education. People of the region also don’t prefer getting much education. It is evident from the fact that according to an estimate the ratio of education is just 3% for females and 17% for males. Women education is almost insignificant. The local people don’t prefer that their women should get education due to prevailing socio-cultural factors. 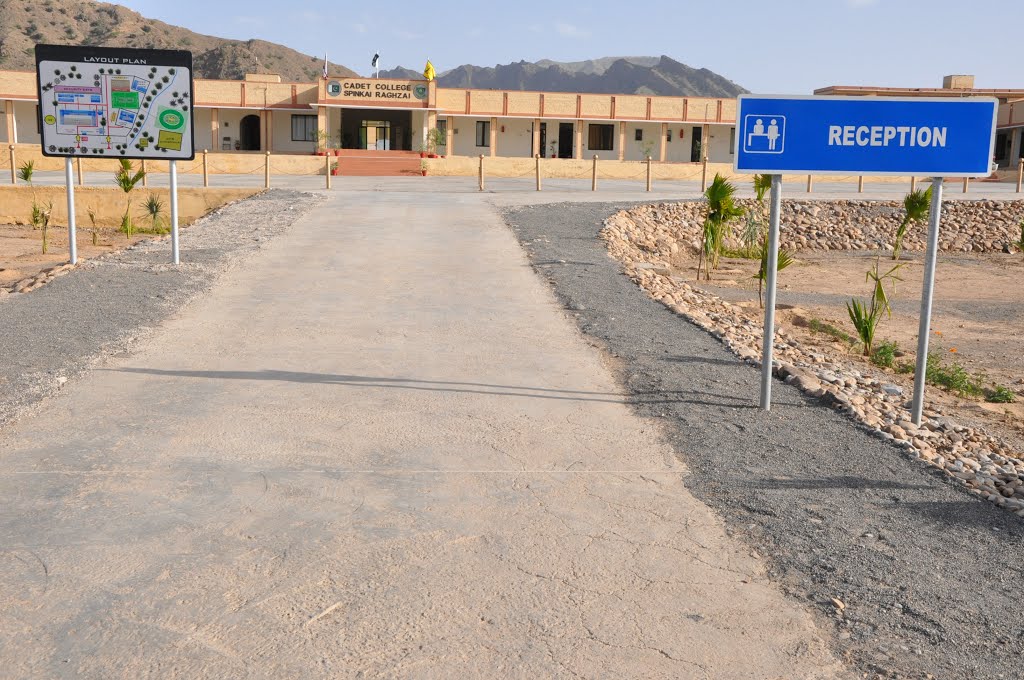