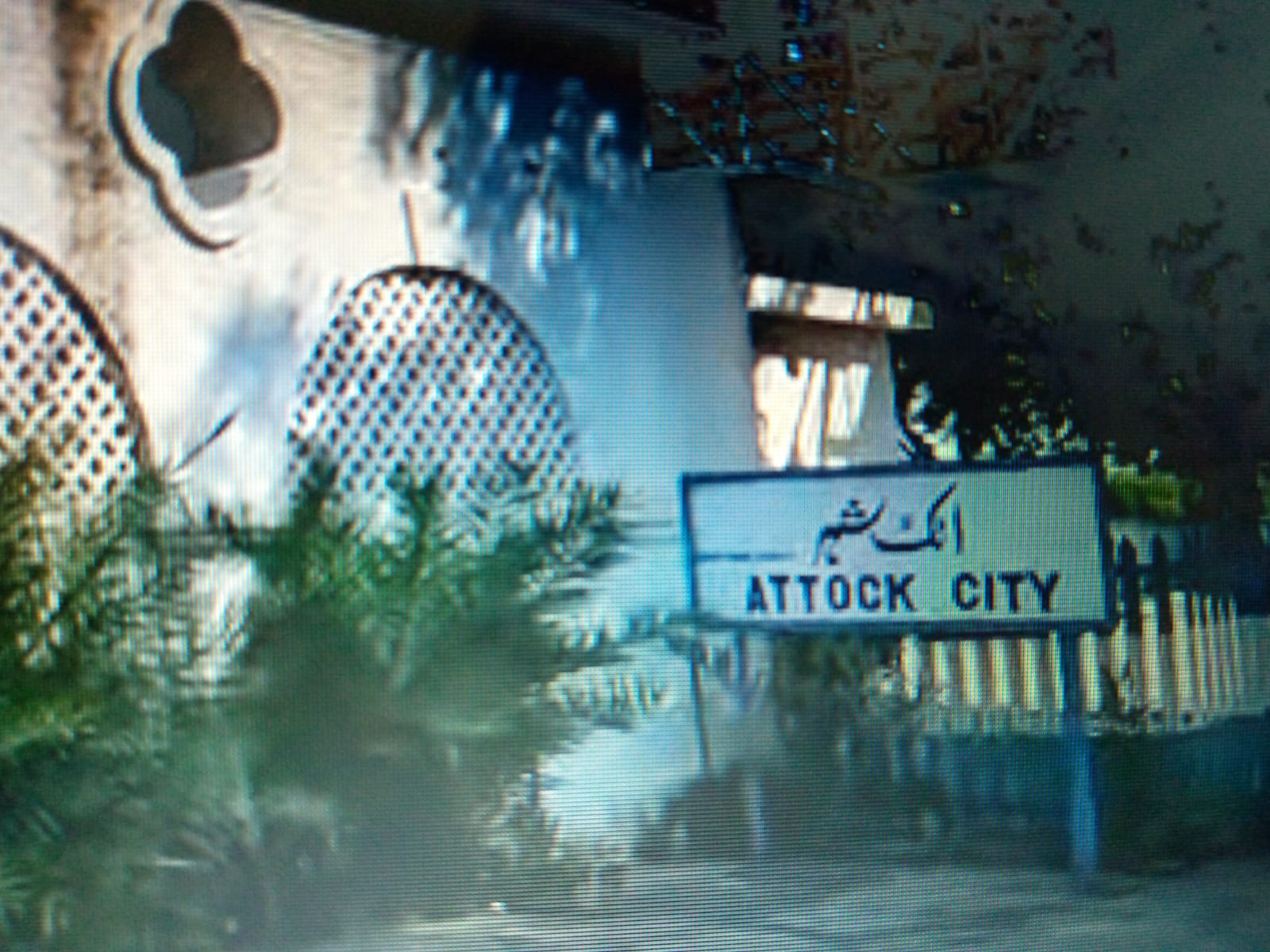 Attock, also known as Campbellpur, is a city located in the Punjab province of Pakistan. It is the capital of Attock District and is located on the Indus River, approximately 100 kilometers northwest of the capital city of Islamabad.

Attock has a long and rich history, with evidence of human settlement dating back to the Indus Valley Civilization. The city has played a significant role in the history of Pakistan, serving as an important center of trade and commerce throughout the centuries. Today, Attock is a bustling city with a population of over 300,000 people. It is home to a number of industries, including textiles, pharmaceuticals, and engineering. The city is also home to a number of educational institutions, including several universities and colleges.

Attock is a popular tourist destination, with a number of historical sites and landmarks to visit. These include the Attock Fort, which was built in the 16th century by the Mughal Emperor Akbar, and the  Mosque, which dates back to the 11th century. Overall, Attock is a vibrant and dynamic city with a rich history and a bright future. It is an important center of commerce and education in Pakistan, and is well worth a visit for those interested in exploring this fascinating country.

Attock Fort was built in 1581 on the order of Mughal Emperor Akbar. It took about two years to complete the construction of this fort. This fort served as a key line of defense against Afghan invaders. The fort was captured by the Sikhs in 1812 and later the fort was ruled by the British. After the existence of Pakistan, the Pakistani army started controlling this fort. It became the headquarters of the 7th Division of the Pakistan Army. Finally, this fort was handed over to the Special Services Group (SSG) in 1956. Even today, this Attock Fort is under the control of the SSG.

The tomb was ordered to be built by the Mughal emperor Akbar’s minister and superintendent of construction, Khawaja Shamsuddin Khawafi. Khawaja had intended the tomb to be built for himself between 1581 and 1583, but the two royal Hakims were buried there at the command of emperor Akbar in 1597. Akbar visited the site after returning from one of his trips to Kashmir. The tomb complex also includes the Tomb of Lala Rukh, traditionally attributed to a Mughal princess. 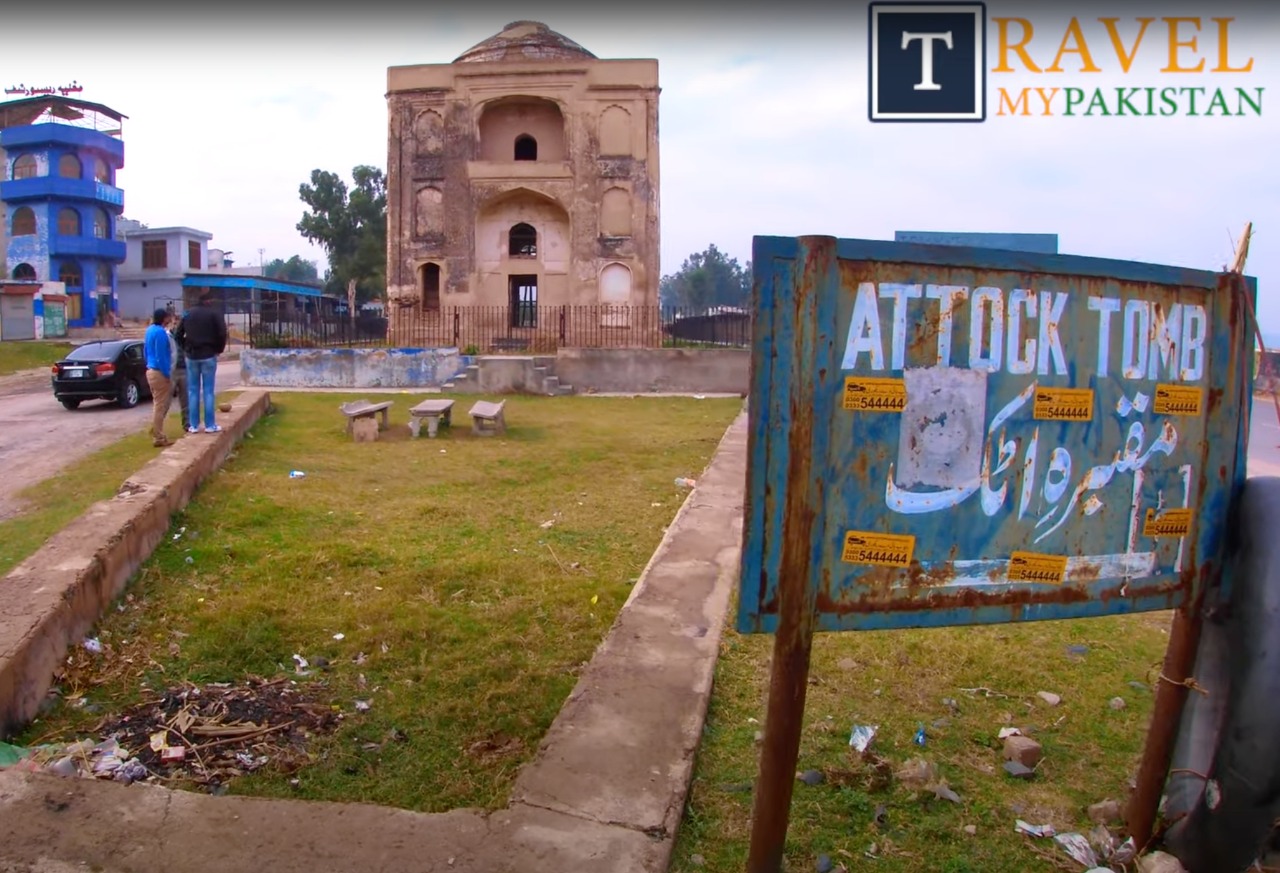 Bahram  Baradari, built by Bahram Khan in 1681 or a little after, is situated at the ridge of mountains on the southern side of G.T. Road near Attock Khurd .
A baradari, situated on the G.T. Road, architecturally the best monument of the locality. The area of the monument is enclosed by a substantial enclosure wall built in small bricks and lime plaster with decorations of merlons specially on the west enclosure wall. The pillars are in Sang-e-Abri and the foor frames in black stone. The eve is of Naushera black stone. The whole structure has been carefully set in the middle of the southern side of the oblong courtyard to give it a well balanced look. The other baradari which is in the north-west corner is of the same description and size as the one described above. It appears that in the north east corner of the enclosure there was also some structure which now has altogether disappeared.
rPzG92XsEpeYXUboBs#pyIrU 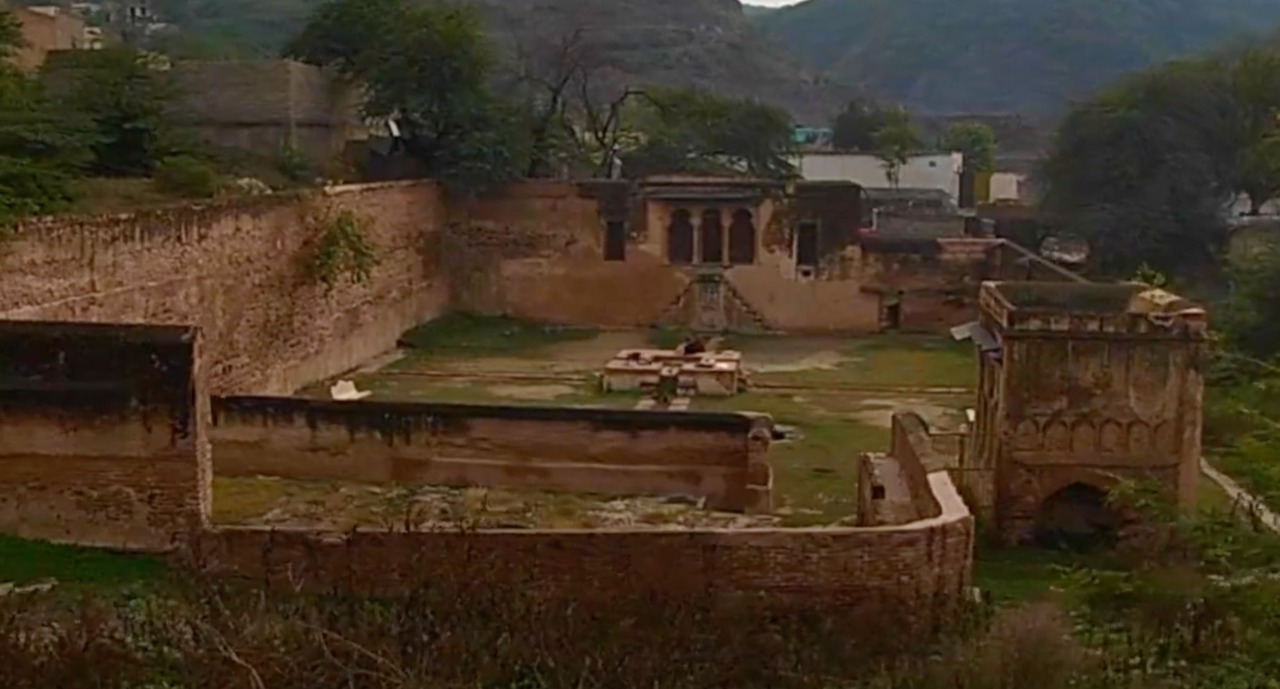 Attock district also has many railway stations including some famous ones like Attock City Junction Railway Station and Attock Khurd Railway Station which is also an important historical heritage of this district. The banks of Attock also meet Khyber Pakhtunkhwa province, but it is also called the border of Punjab. Attock has some plains, sandy areas and some hill ranges, the mountains here are known as Kala Chatta Pahari. Railway lines are also laid in this mountain range and it also has seven long tunnels which travelers enjoy a lot.

In April 1904, Attock district was merged into one district by merging the tehsils of the neighboring districts. There are currently six tehsils in this district, including Attock, Fateh Jang, Hazro, Hasan Abdal, Jand and Pindi Gheb. This district is located in the north of Punjab province, bordered by Chakwal in the south, Mianwali in the southwest, Rawalpindi in the east, Kohat in the west, Nowshera in the northwest and Swabi and Haripur in the north.

About 87 percent of the population in Attock district identify themselves with Punjabi and about 8 percent identify with Pashto.