Peshawar is the most lively city of Pakistan. It is the heart of the Khyber Pakhtoon Kuwah province. The city lies at the edge of the Historic Khyber pass. The city is well known for its historic and cultural values.

During the Mughal era the modern city of Peshawar was established by Akbar in the 16th century. The city was actually one of the primary trading centers on the ancient Silk Route. Peshawar was an intersection for the various cultures between the South, Central Asia and the Middle East. Peshawar being located right at the edge of the Khyber Pass close to the Afghan border, Peshawar is now the political, commercial, economic, and cultural capital of the Pashtuns.

Islamia College is an educational institution located in the city of Peshawar of the Khyber-Pakhtunkhwa province (previously North-West Frontier Province (NWFP)), Pakistan. It was founded in October 1913 by Nawab Sir Sahibzada Abdul Qayyum and Sir George Roos-Keppel and is considered one of the most prestigious academic institutions of Pakistan.

The Khyber Pass is a 53-kilometer (33-miles) passage through the Hindu Kush mountain range. It connects the northern frontier of Pakistan with Afghanistan. At its narrowest point, the pass is only 3 meters wide. The history of the Khyber Pass as a strategic gateway dates from 326 B.C., when Alexander the Great and his army marched through the Khyber to reach the plains of India. From there, he sailed down Indus River and led his army across the desert of Gedrosia. In the A.D. 900s, Persian, Mongol, and Tartar armies forced their way through the Khyber, bringing Islam to India. Centuries later, India became part of the British Empire, and British troops defended the Khyber Pass from the British Indian side. During the Afghan Wars the pass was the scene of numerous skirmishes between Anglo-Indian soldiers and native Afghans. Particularly well known is the battle of January 1842, in which about 16,000 British and Indian troops were killed. The British constructed a road through the pass in 1879 and converted it into a highway during the 1920s. A railroad was also built here in the 1920s.

The Khyber train safari is a railway route in the North-West Frontier Province of Pakistan. The colonial era railway route has been described as “a journey into time and history”. It consists of a train pulled by two vintage steam locomotives built in 1920s that takes passengers through breathtaking and rugged mountainous terrain. The train covers a total of 42 kilometers through 34 tunnels and 92 bridges and culverts. The local tribesmen are allowed a free ride on the train as per the agreement reached between them and the British back in the colonial era and which is still honored by the Pakistan government. 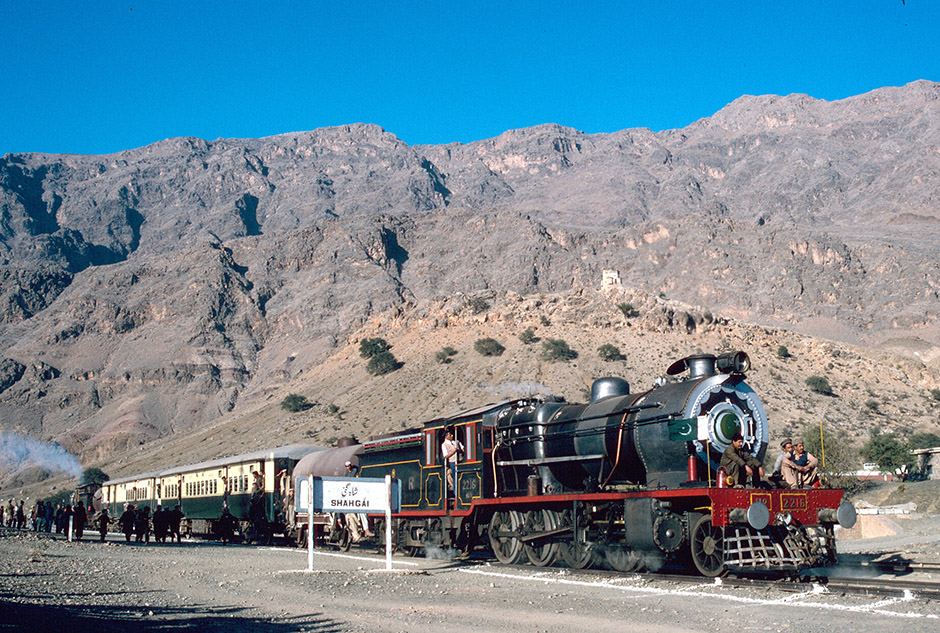 Bala Hisar is one of the most historic places of Peshawar. The words are of Persian origin meaning, “elevated or high fort”. According to Dr. Hussain Khan, the name was given by the Afghan King Taimur Shah Durrani (1773-1793). The Sikhs named it Samir Garh in 1834 but the name did not become popular. The fort stands on a high mound in the northwestern corner of Peshawar City.