Dargai is an administrative area of the Malakand District in Pakistan’s northwestern Khyber Pakhtunkhwa Province, located on the main highway from Peshawar to Swat, Dir and Chitral. Its geographical coordinates are 34° 30′ 21″ North, 71° 54′ 12″ East and its original name (with diacritics) is Dargai. The town of Dargai is experiencing an economic revival due to its well known status as a hub for trade between the upper regions of Pakistan and the lower regions of Khyber Pakthunkhwa. It is also acknowledged economically as a major market for timber and historically as the last train station into Northern Pakistan. 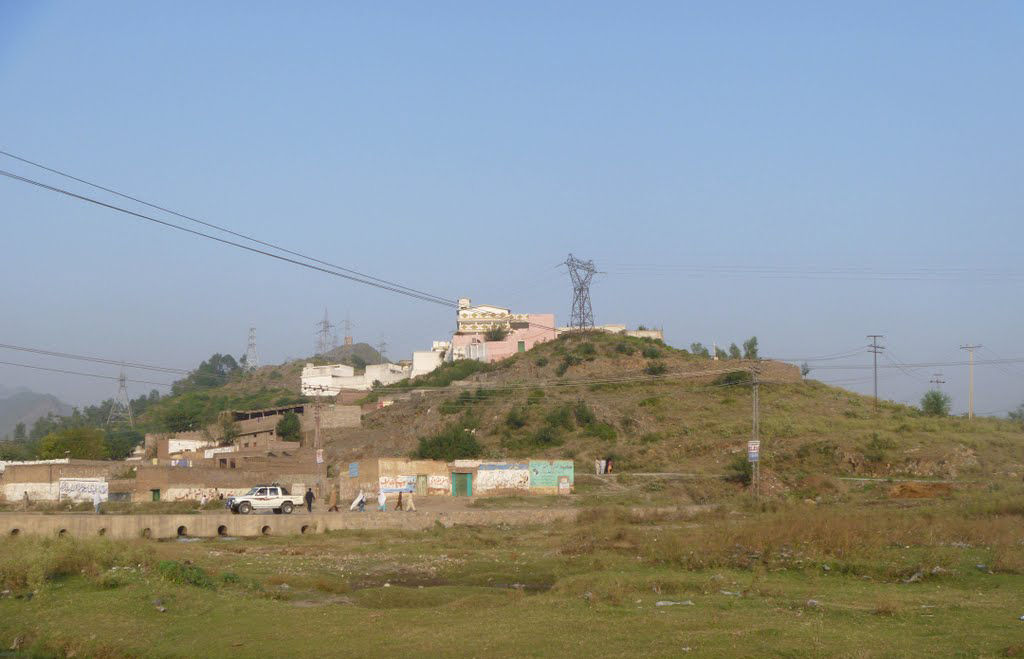 Today, scenic locations in Dargai include the Jabban (Malakand-I) and Dargai (Malakand-II) hydro-electric projects where water passes through a 3 miles (4.8 km) tunnel before entering a natural drop of 350 feet (110 m). 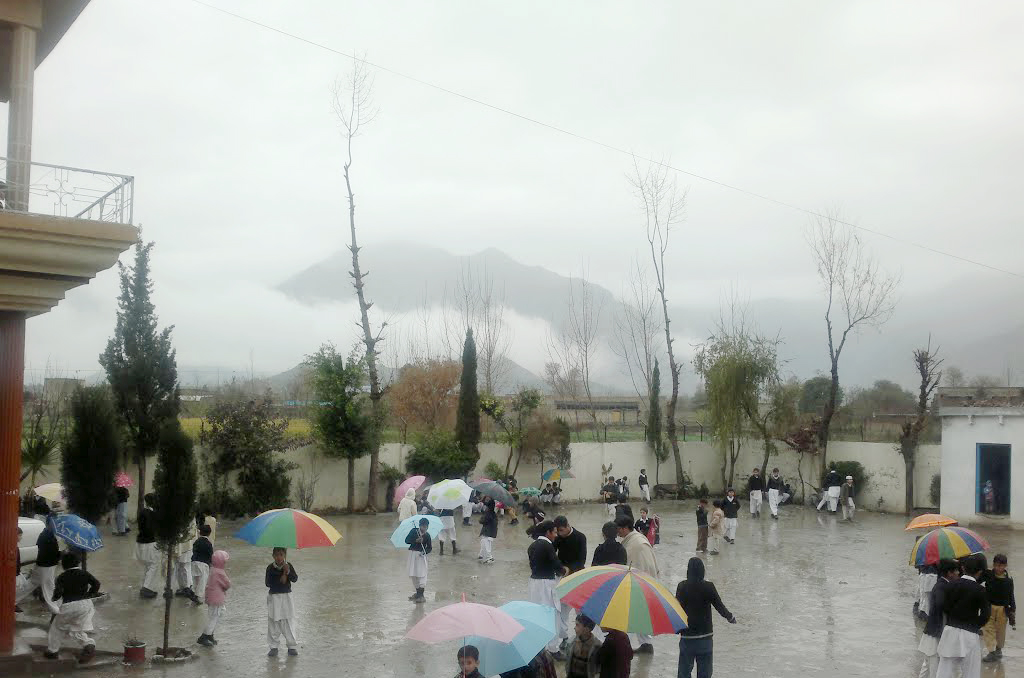 The two power houses at Dargai and Jabban have recently been supplemented by a third 81 MW facility Malakand-III hydropower station completed in 2008. The Punjab Regimental Centre is located near Dargai Railway Station. 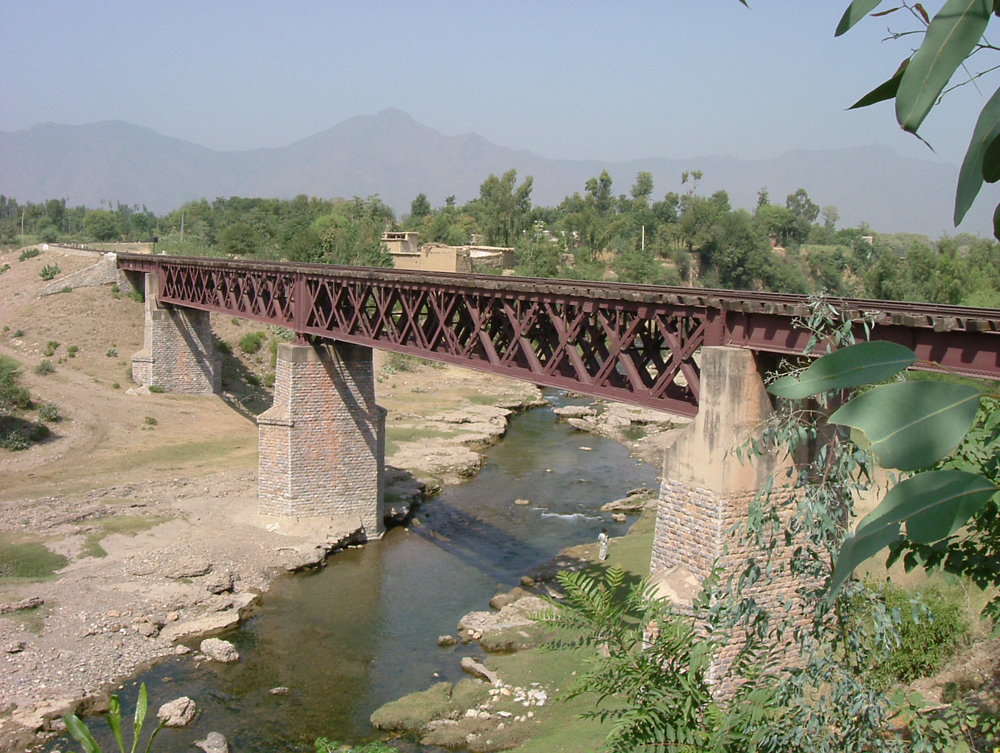 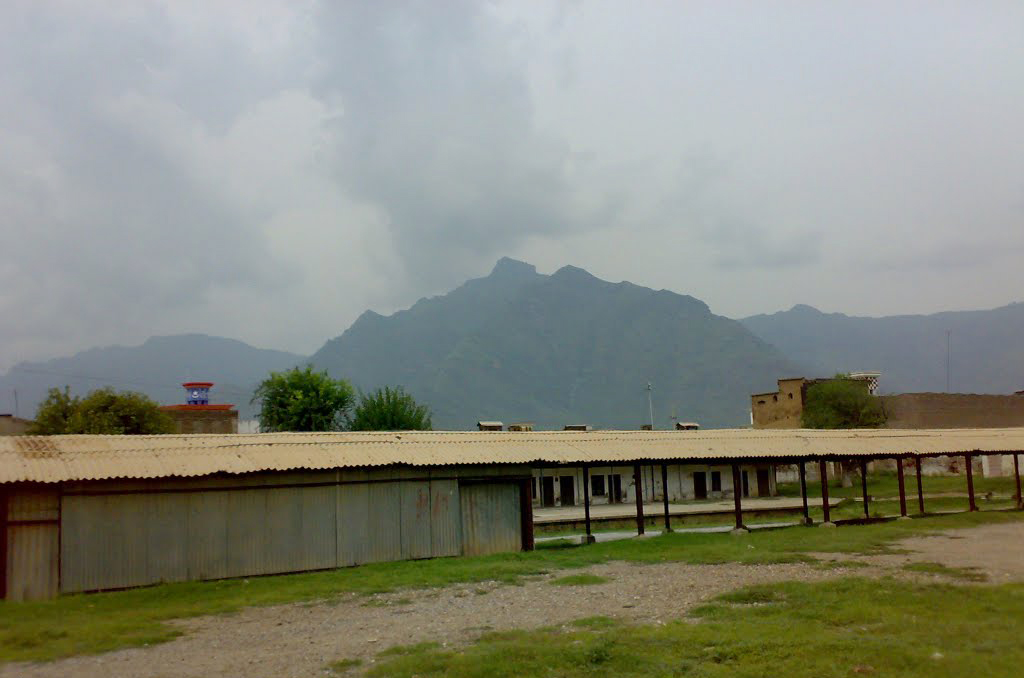 The British attacked Malakand in 1853 and Dargai became well known for its battles during their rule. First, the British conducted a campaign against the Pashtoon Utmankhel tribe and a large battle took place at parng Ghar. Defenders were only a small band of poorly armed mujahideen, the Utmankhel were subdued. In December 1853, a brigade was sent after them under the command of Lord Klaidy, which raided Dargai and Kharkeay, small villages of the Ranizai tribe at the bottom of the Malakand Pass. The attackers were well equipped with artillery, so the Ranizais accepted a ransom of Rs.5000 and thereafter proclaimed jihad in the Buner Valley, at that time ruled by Syed Akhbar Shah Badshah. The British felt threatened by Badshah and made an unsuccessful attempt to take the valley.

Swat ruler Akhund Sahib or Saidu baba died in 1877 and the following year Lord Klaidy took a strong force and entered Ranizai territory, Palai and Sherkhana at the southern boundary of the Malakand Agency when the Ranizais once more resorted to arbitration.

It was in 1895 when British army major Sir Arlo along with Colonel Kelly started a war against Umara Khan, a sardar and politician whom Winston Churchill called the Afghan Napoleon. The British camped at Dargai and Kharkay before a huge battle in the Malakand pass during which the Swat Ranizais displayed great confidence. On September 12, 1895 an agreement was signed between the British and the Swat Ranizais.

The 2nd battle of Malakand took place in 1897 during a period of Swat Ranizais resistance when even the Pukhtoon women came out to fight. History records the effort of a woman belonging to a respectable family of Dehri Alladand who was a very brave woman, who fought day and night as well as provided food and water to the mujahideen and who died with her sword drawn. She is buried on the outskirts of Dehri Alladand village where the people refer to her as Shaheeda Abai or in English we can say martyred grandmother.

Then comes Hazrat Sadullah Khan, OR Sar tor Faqir (“bear-headed Faqir”), also known as Mullah Mastan or the Mad Mullah by the British, was a tribesman of the Buner Swat. When the British seized Amandara, Sar tor Faqir marched from Landakay towards Thana the British proceeded to Dehri Alladand and the Batkhela. They by-passed the British troops at Amandara and decided to raid Malakand, where British was defeated by them. Later, the Sikhs joined the British, but still they were still beaten by themujadeen’. When the battle ended a large number of British and Sikhs had been killed or captured and a large quantity of arms and ammunition seized. Nineteen mujahideen were killed, including Sar Tor Faqir. His tomb stands at the bottom of Elephant Pass (Hathi Darrah) to the south of the village of Zulamkot in Dehri Alladand in Malakand.

After that the British formed a new force known as the Malakand Field Force to deal with the tribes of Malakand, a force in which Winston Churchill was a second lieutenant. He was also the editor of the daily Civil and Military Gazette. The Malakand Field Force raided many villages in Malakand including Swat, Dir and Chitral. Thereafter British rule gradually enveloped the whole area.

In November 2006, insurgents attacked a group of soldiers during their parade, many were killed and many more were injured. The civilians in the surrounding area quickly drove the injured soldiers to the hospital thereby saving many lives. The people of Dargai are also known for providing water, refreshment, and even accommodation in their own homes to people fleeing the violence in the North from 2009-2012, and also to people escaping the floods in July of 2010. 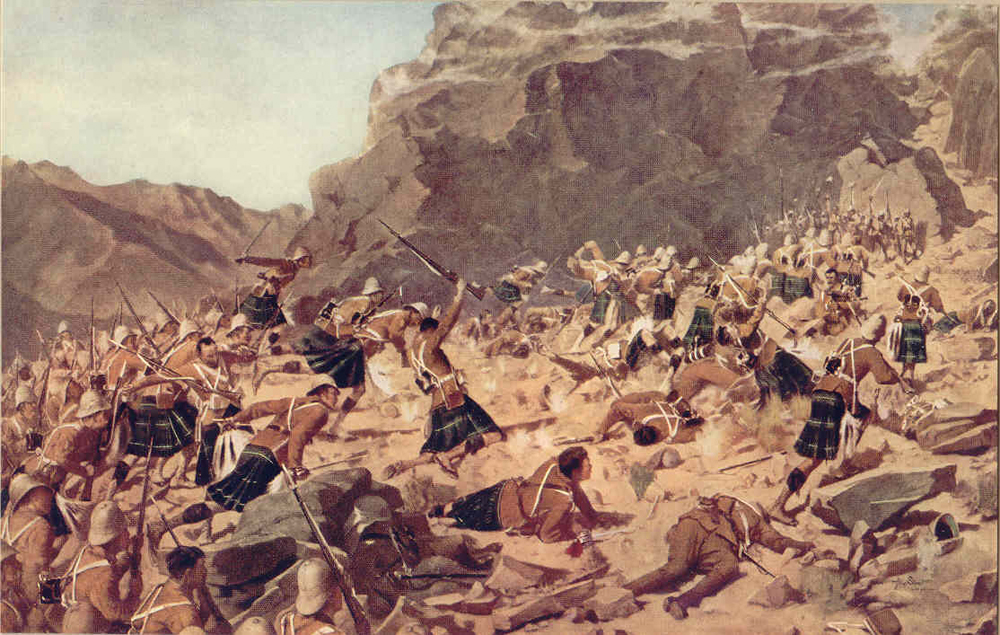 THE HEIGHTS OF DARGAI

This tune composed by J. Wallace, commemorates the bravery of the Gordon Highlanders regiment at the battle of the Heights (cliffs) of Dargai (a promontory in India) in 1897.
In the late nineteenth century, Russia and England competed to strengthen their hegemony over Pakistan. The Russians wanted to open the way to the South-East Asia and the British to protect the jewel of their colonial empire: India. It is within this context that England decided to ensure its communication channels in the inhospitable regions of Northwest India sending troops to stop the incessant incursions by rebel tribes on the warpath.
Thus began the 1897 Tirah campaign. A force of 32,882 officers and troops supported by a service of supplies and medical needs of 19,558 men, 8,000 horses, 18,384 mules (not including camels and carts) was fielded. Among them was the Gordon Highlanders regiment.

In October 1897 the British army tried to quell the rebellion of one of the main tribes: the Afridi. On October 18 it began to attack the cliffs of Dargai. This 300 yards high rocky outcrop eroded, a true natural bulwark occupied by 8000 Afridis, was a highly strategic point, commanding the entrance of a pass. Its control was vital to commercial and military communications. Cliffs, taken, were again lost after an Afridis counter-attack. On October 20 the Dorset and Devon regiment and the Ghurka Rifles attacked again. Their attack failed and the Gordons Highlanders received the order to get into the fray. Their colonel, Mathias said: “This cliff must be conquered at any cost … The Gordon Highlanders will succeed.” At the sound of bagpipes, they climbed the cliffs under heavy fire, totally discovered on the first 150 meters. The piper Findlater , hit by bullets in both hips, is helped by his companions who leaned him against a rock. He continued to play bagpipes guided his regiment forward.

The Afridis amazed by the bravery of the Highlanders began to ebb in disorder and in 40 minutes the regiment of Scottish Highlanders seized the cliffs.

There is controversy about the bagpipe tune played during the battle. For many it was “Cock O’ the North” the Gordon Highlanders regiment’s march. Findlater himself not remembered what he played, suggesting that it might be “Haughs (Lowlands) of Cromdale” more appropriate to train soldiers to the front.

Allen George Findlater was born at Forgue, near Turriff in Aberdeenshire in 1872. He joined the Gordon Highlanders in 1888 where he served in Belfast and Ceylon. In 1895 he went on an expedition to free Chitral (Pakistan). In December 1896 he was named Piper. Findlater became disabled from wounds sustained in Dargai is repatriated to England. Treated at the hospital in Southampton, he was awarded May 16, 1898 by Queen Victoria herself of the Victoria Cross (the highest and most prestigious awards) for heroism and courage he displayed during the battle.
As a result of his leg injuries Findlater was unfit for further service, but such was his celebrity after his decoration that he was able to command considerable fees by playing his pipes in popular music halls.

Not everyone approved of Piper Findlater taking advantage of his fame and he was criticised for not accepting the offer of a job at Balmoral piping for the Queen. He received £25 per week appearing at the Alhambra and had been offered 18 shillings (90 pence) per week to work on the Balmoral estate.
Piper Findlater had no ambition for a professional theatrical career. He saw his performances as a short-term opportunity and wrote that, “my intentions are, if I can manage during the next twelve months to earn sufficient, to rent and stock a farm somewhere in my native county, then my ambition will be fully satisfied.”

The authorities finally disapprove the way to take advantage of a military decoration and exerted pressure on the music halls. The case drew public attention on the fate of soldiers suffering from disability due to acts of bravery. Eventually the government was forced to increase the amount of pensions to disabled veterans. This was the main achievement of sustainable conquer the heights of Dargai …

When Piper Findlater retired from his music hall tour (on Saturday 4 June 1898) he settled in Banffshire. He began to adjust to life away from the theatre and on 2 August 1899 married his 23-year-old cousin, Nellie Findlater. The Findlaters bought a small farm in June 1900 at Bridgend. George and Nellie Findlater had four children before moving to a 30-acre farm in Forglen, Cairnhill, where in September 1909 a daughter was born.
When war broke out in 1914 George Findlater was a 42-year-old farmer. Findlater volunteered for the 9th Battalion of The Gordon Highlanders. He travelled to France with the battalion in July 1915 as a Sergeant Piper and was wounded at Loos. Invalided out of the army he returned to Aberdeenshire to his farm. Between 1919 and 1939 Findlater act as the Pipe Major of the Turriff Pipe Band. On 4 March 1942 George Frederick Findlater, VC, the Piper of Dargai, died of a heart attack aged 70 years. His decoration of the Victoria Cross is displayed at the Gordon Highlanders Museum in Aberdeen.