Shangrila or Lower Kachura Lake is a part of the Shangrila resort located at a drive of about 20 minutes from Skardu (nearly 2,500 m or 8,200 feet) town.

The phrase “Shangri-La” most probably comes from the Tibetan,”Shang” – a district of Ü-Tsang, north of Tashilhunpo, pronounced “ri”, “Mountain” = “Shang Mountain”, Mountain Pass, which suggests that the area is accessed to, or is named by, “Shang Mountain Pass”.

It is a popular tourist destination, and has a unique restaurant that is built on the fuselage of an aircraft that had crashed nearby.

Shangrila was established in 1983 with the opening of the first Resort Hotel in Skardu, Baltistan. Shangrila Resort Hotel was founded by the late Brig.(Retd) Muhammad Aslam Khan, the first commander of the Northern Scouts of the Pakistan Army.

Shangrila was named after a book titled “Lost Horizon” by James Hilton. In the novel, the author narrates a tale in which an aeroplane crash landed near a riverbed, in the early 1920s. The surviving passengers came across some Buddhist monks from a nearby temple and sought their help. They were taken to a beautiful lamasery filled with a variety of fruits and flowers. The monks looked quite young, although they claimed to be hundreds of years old. The idyllic place was called Shangri-la, a Tibetan word meaning “Heaven on earth“. 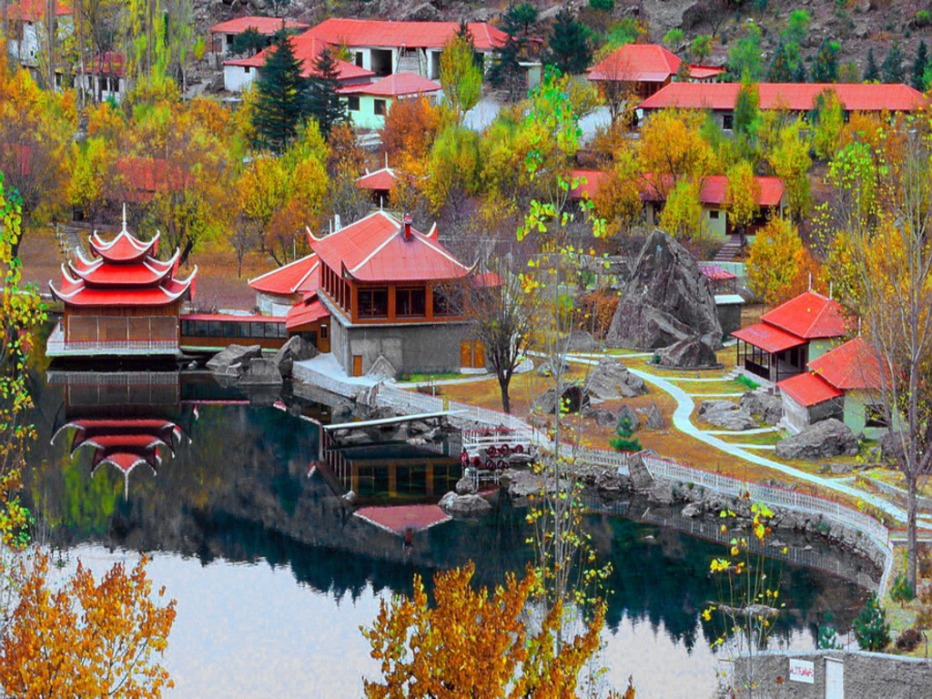