The Shah Jahan Mosque is located in Thatta in province Sindh of Pakistan.

Its name was kept as Shah Jahan Mosque because it was built by Mughal Emperor Shah Jahan.

In the town of Thatta (100 km / 60 miles from Karachi) itself, there is famous Shahjahani Mosque with its beautiful architecture.

This Mosque was constructed by the eponymous Emperor as a gift to the people of Sindh. It is built predominantly of heavy brick and is laid out in the usual quadrilateral arrangement with a large (52 x 30 meter) courtyard at its center. The arcades around the courtyard are covered with 93 domes of varying size. One remarkable acoustical feature is that the prayers of anyone speaking loudly in front of the mihrab (the prayer niche facing Mecca) can be heard clearly throughout the building. 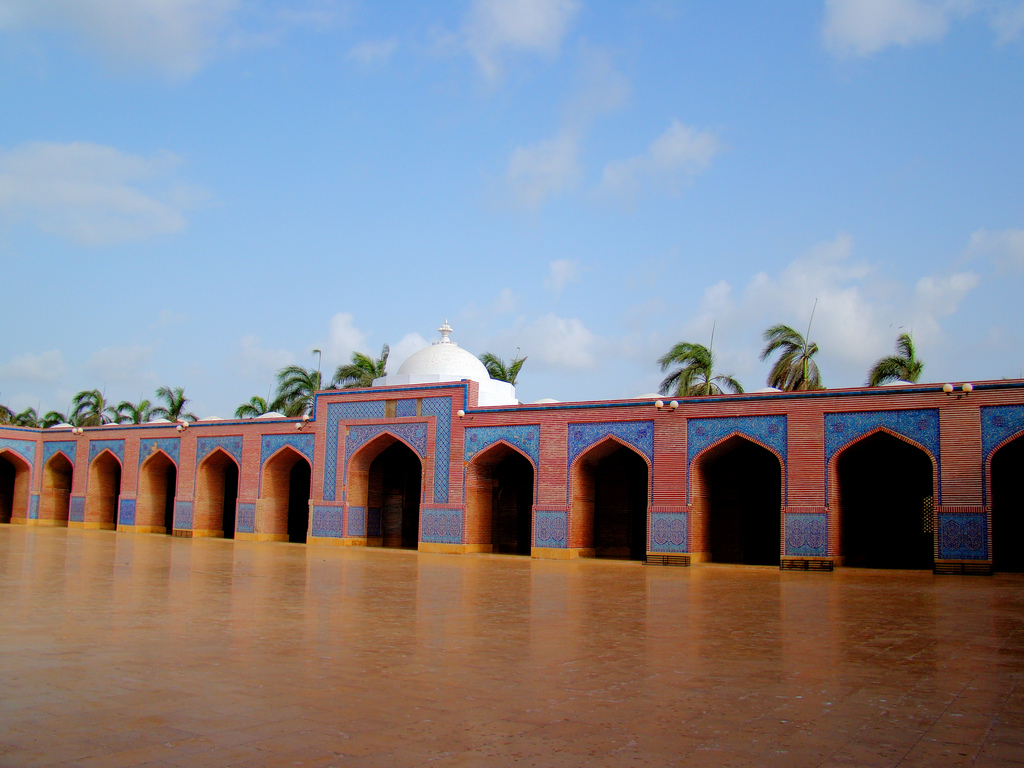 It was not until 1658-59 that the eastern portion of the building and the gateway were completed. Later repairs were undertaken under Emperor Alamgir in 1692 and in 1812 under the auspices of a local chieftain, Murad Ali Khan Talpur. Further renovations took place in 1855 and in 1894 during the British period. More recently, the mosque was restored during the 1960s and 70s.

The mosque has been on the UNESCO tentative World Heritage list since 1993 but has not yet achieved official recognition. 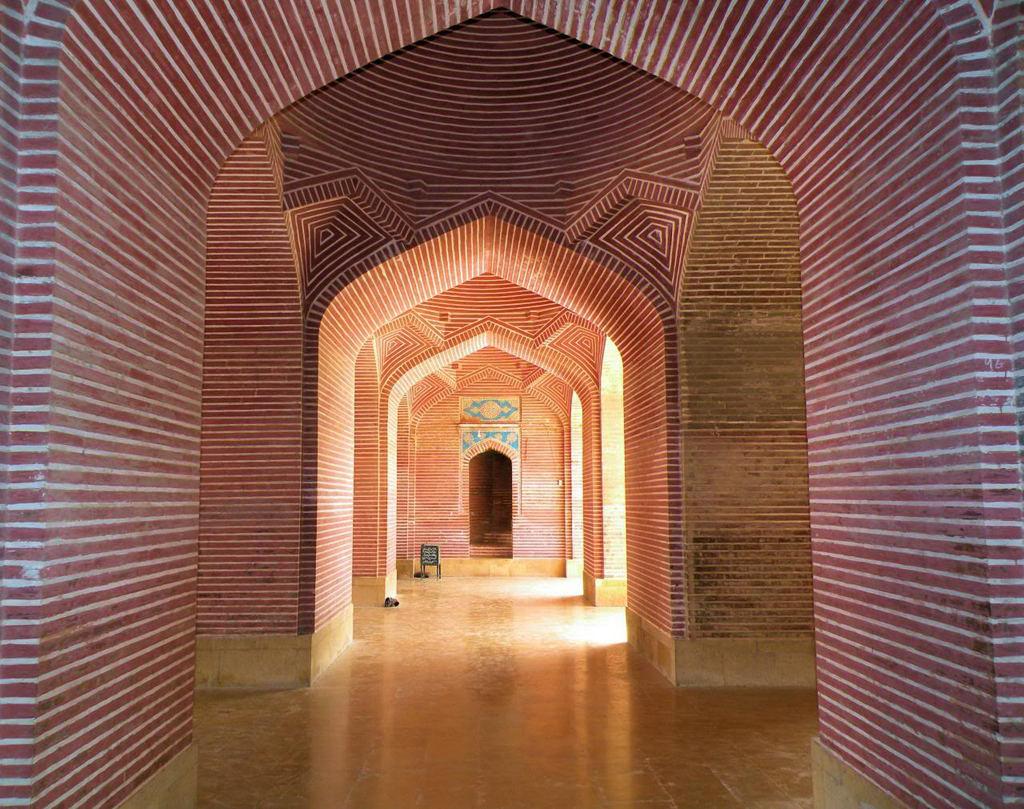 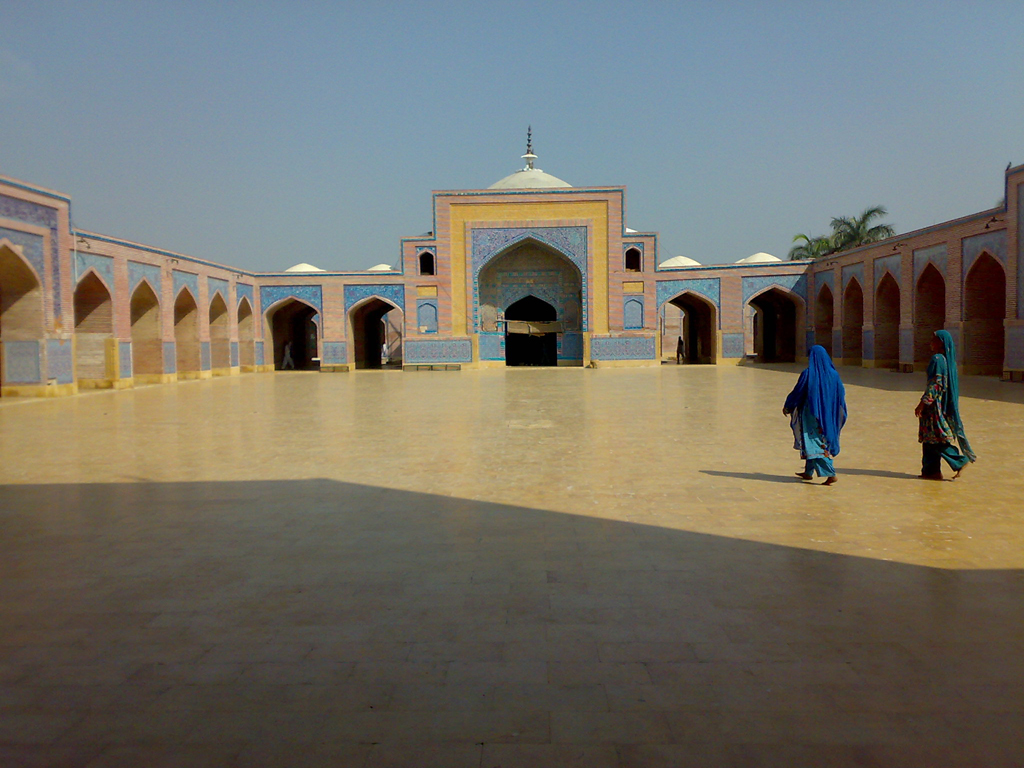