Bajaur is an Agency of the Federally Administered Tribal Areas (FATA) of Pakistan. Smallest of the agencies in FATA, it has a hilly terrain. According to the 1998 census, the population was 595,227but other more recent estimates it has grown to 757,000. It borders Afghanistan’s Kunar Province with a 52 km border. The headquarters of the Agency administration is located in the town of Khaar.

Bajour is inhabited almost exclusively by Tarkani Pashtuns, and there are their main sub-tribes in Bajaur: Utman Khel, Tarkalanri,Mamund (Kakazai, Wur and Salarzai) as well as a small population of Safis. The Utman Khel are at the southeast of Bajaur, while Mamund are at the southwest, and the Tarkani are at the north of Bajaur. Its border with Afghanistan’s Kunar province makes it of strategic importance to Pakistan and the region.

Bajour is about 45 miles (72 km) long by 20 miles (32 km) broad, and lies at a high level to the east of the Kunar Valley, from which it is separated by a continuous line of rugged frontier hills, forming a barrier easily passable at one or two points. Across this barrier, the old road from Kabul to Pakistan ran before the Khyber Pass was adopted as the main route. 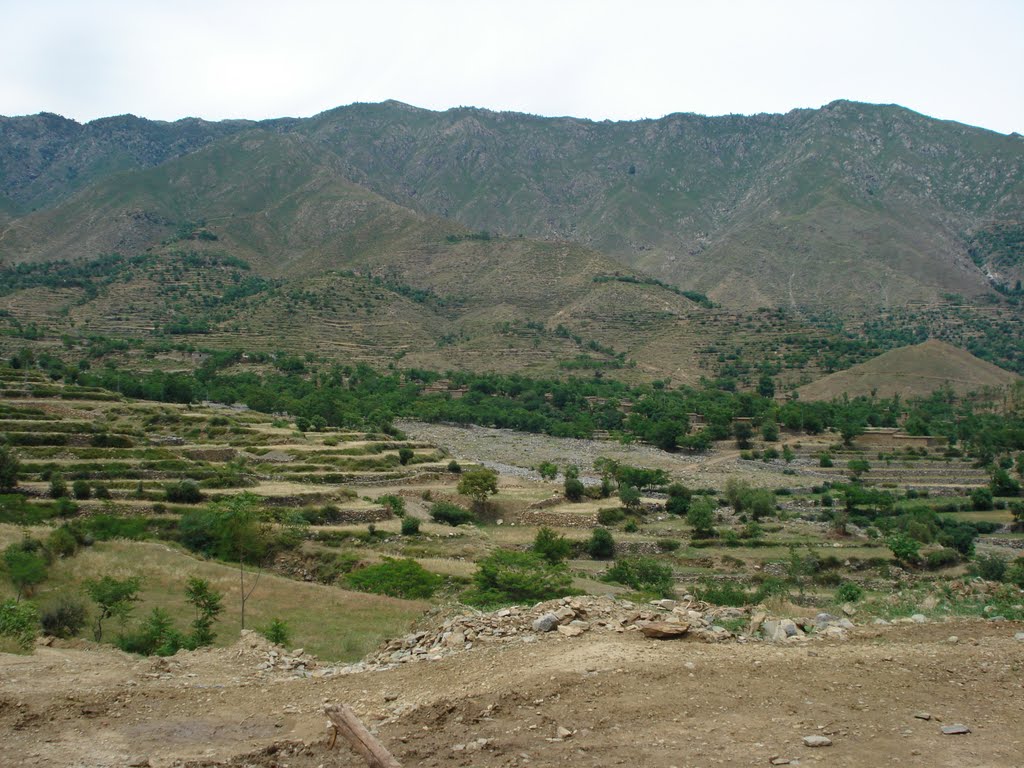