Faisal Mosque is the largest mosque in Pakistan.

It was named after the late King Faisal bin Abdul-Aziz of Saudi Arabia, who supported and financed the project.

It is located in the national capital city of Islamabad. It is situated at the north end of Faisal Avenue, putting it at the northernmost end of the city and at the foot of Margalla Hills, the westernmost foothills of the Himalayas. It is located on an elevated area of land against a picturesque backdrop of the Margalla Hills. This enviable location represents the mosque’s great importance and allows it to be seen from miles around day and night. 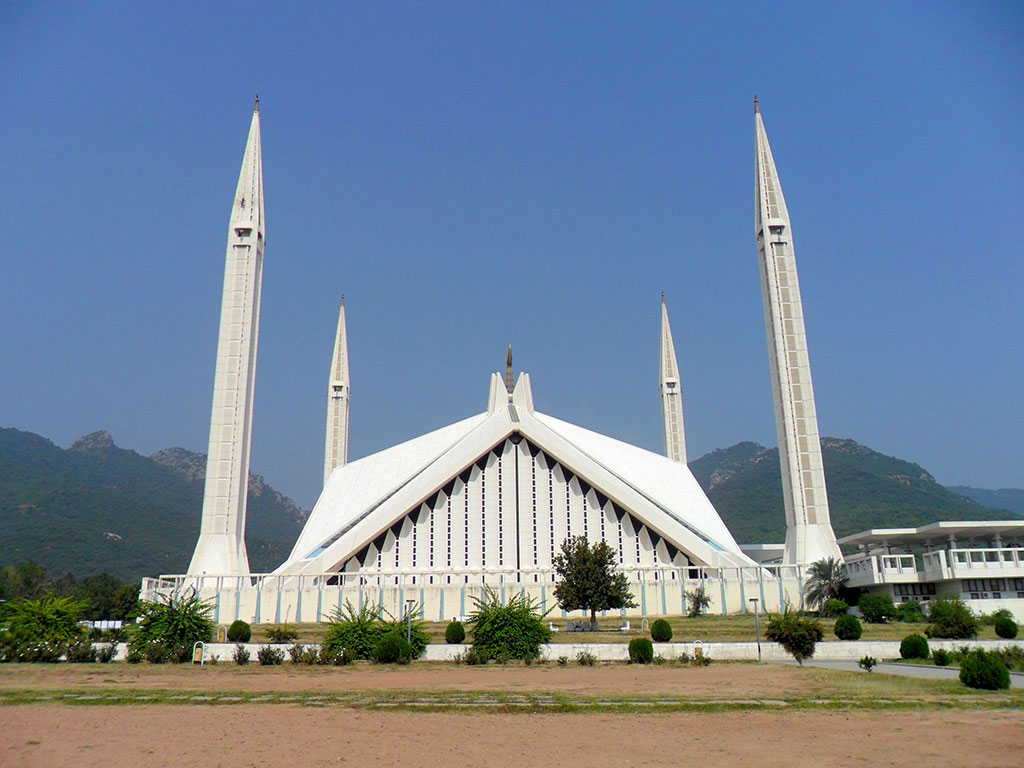 This mosque was completed in 1986.

It was designed by Turkish architect Vedat Dalokay of Turkey.

It is shaped like a desert Bedouin’s tent, is an iconic symbol of Islamabad throughout the world. 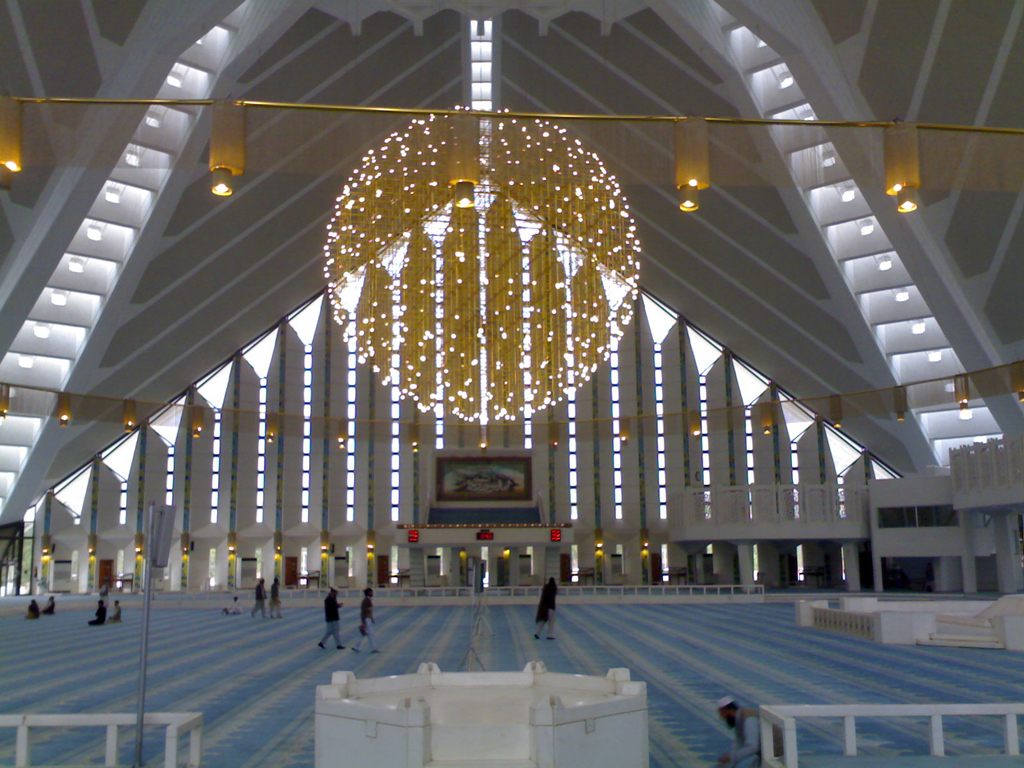 The Faisal Mosque was conceived as the National Mosque of Pakistan.

The largest mosque in South Asia, the Faisal Mosque was the largest mosque in the world from 1986 until 1993, when it was overtaken in size by the newly completed Hassan II Mosque in Casablanca, Morocco. Subsequent expansions of the Masjid al-Haram (Grand Mosque) of Mecca and the Al-Masjid al-Nabawi (Prophet’s Mosque) inMedina, Saudi Arabia, during the 1990s relegated Faisal Mosque to fourth place in terms of size. 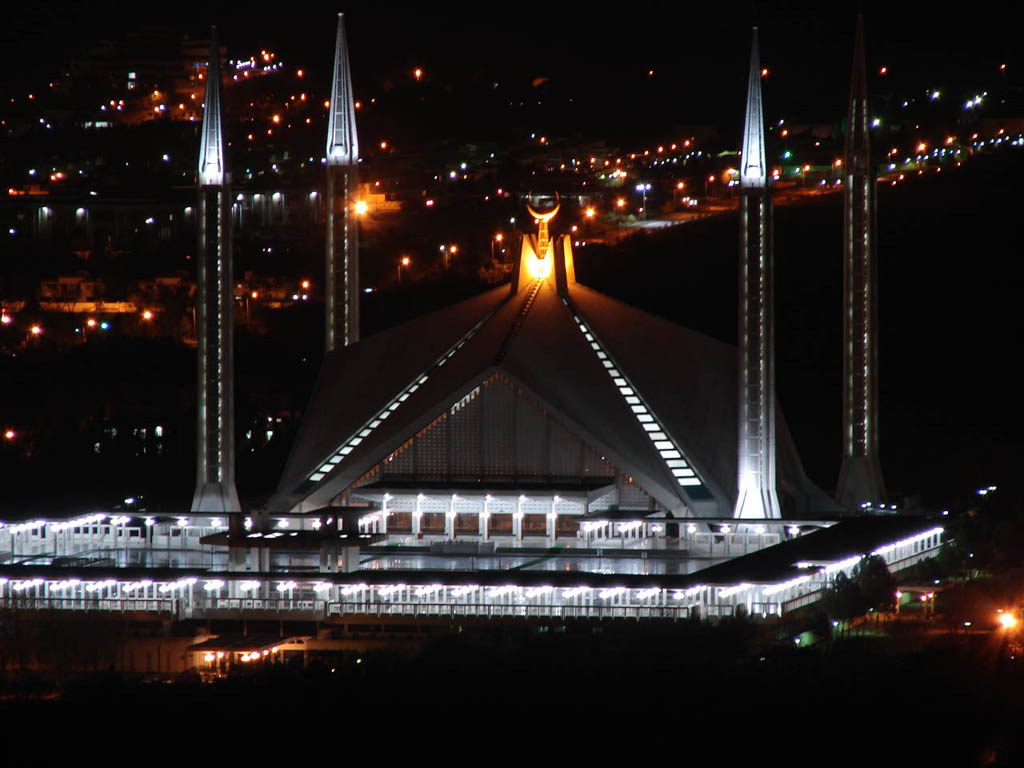 Ever since its conception, the mosque has been regarded as the national mosque of Pakistan, and as such it symbolizes the hopes and aspirations of the new nation.

The architect was Vedat Dalokay of Turkey, whose design was chosen in 1969 after an international competition. Constructed was completed in 1986.

Mosques are holly places for Muslims. Anyone is free to visit the Faisal Mosque but there are some restrictions and rules one need to follow when visiting the mosque. 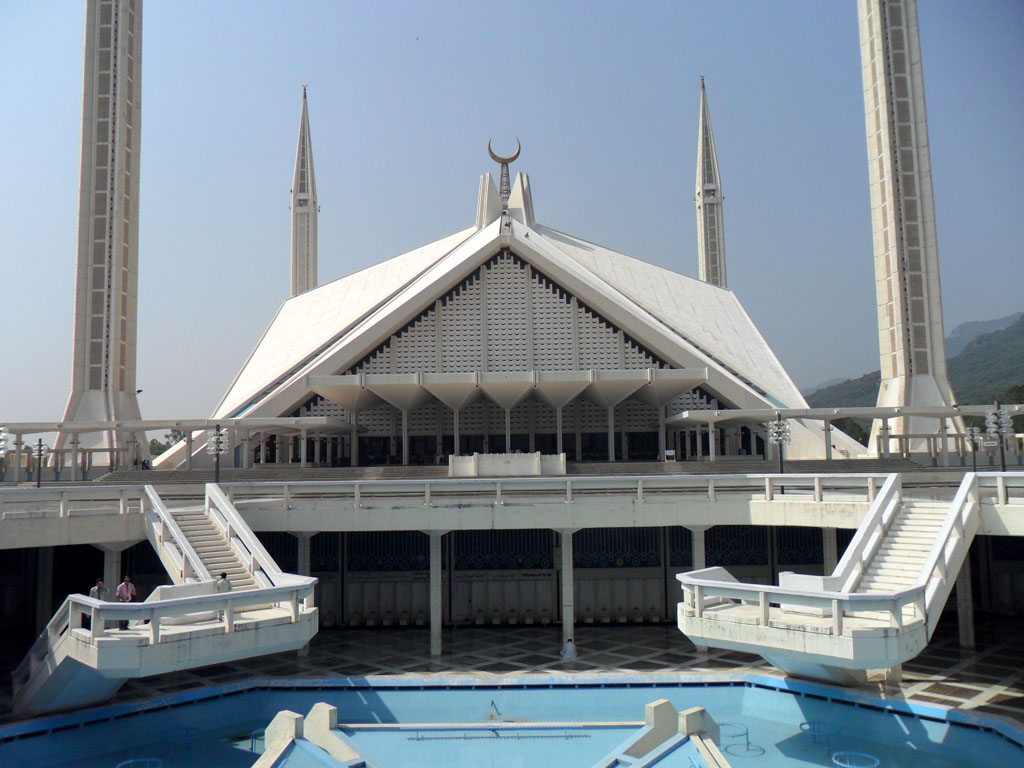