Makli Graveyard is a graveyard in city Thatta in province of Sindh, Pakistan.

An eternal abode to hundreds of thousands who died over the ages, Makli graveyard is the ancient one and the largest necropolis in the world. Situated at Makli Hills, next to once the cradle of civilization, the Thatta city, some 98 kilometers east of Karachi, the graveyard spreads on over 10 square kilometers. 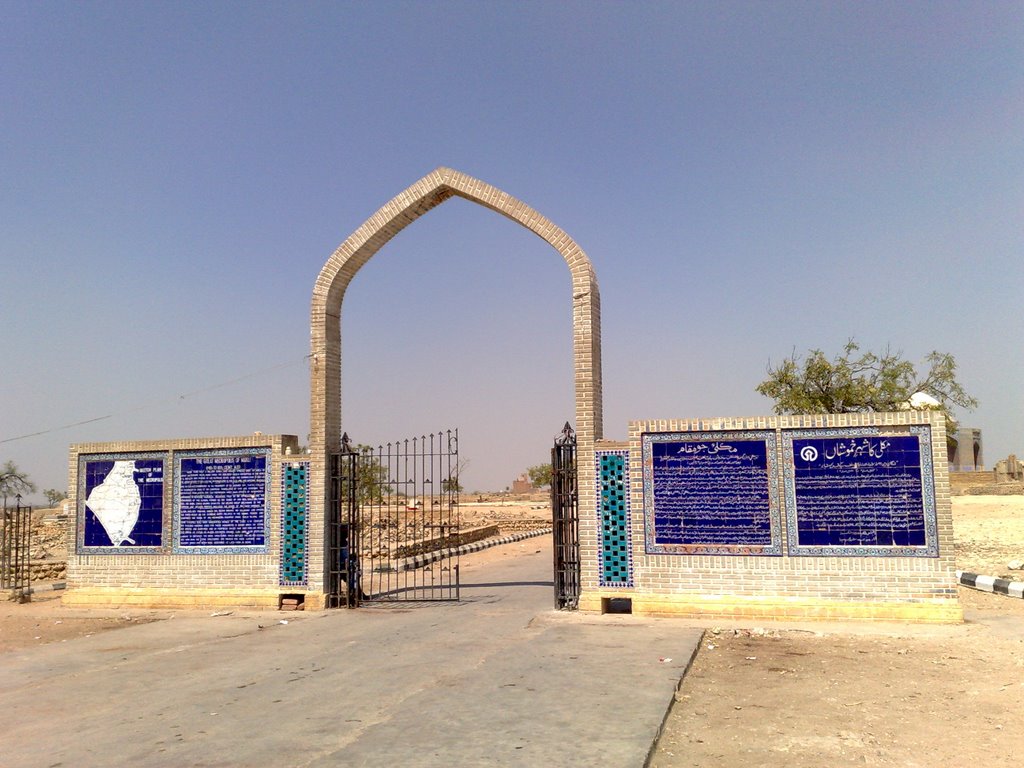 Here in eternal sleep lie kings, queens, scholars, philosophers and soldiers of a by-gone era – an era renowned for its culture and learning.

Listed with the United Nations World Heritage – in the Makli graveyard one can see the masterpieces of stone carvings over the gravestones and mausoleums. 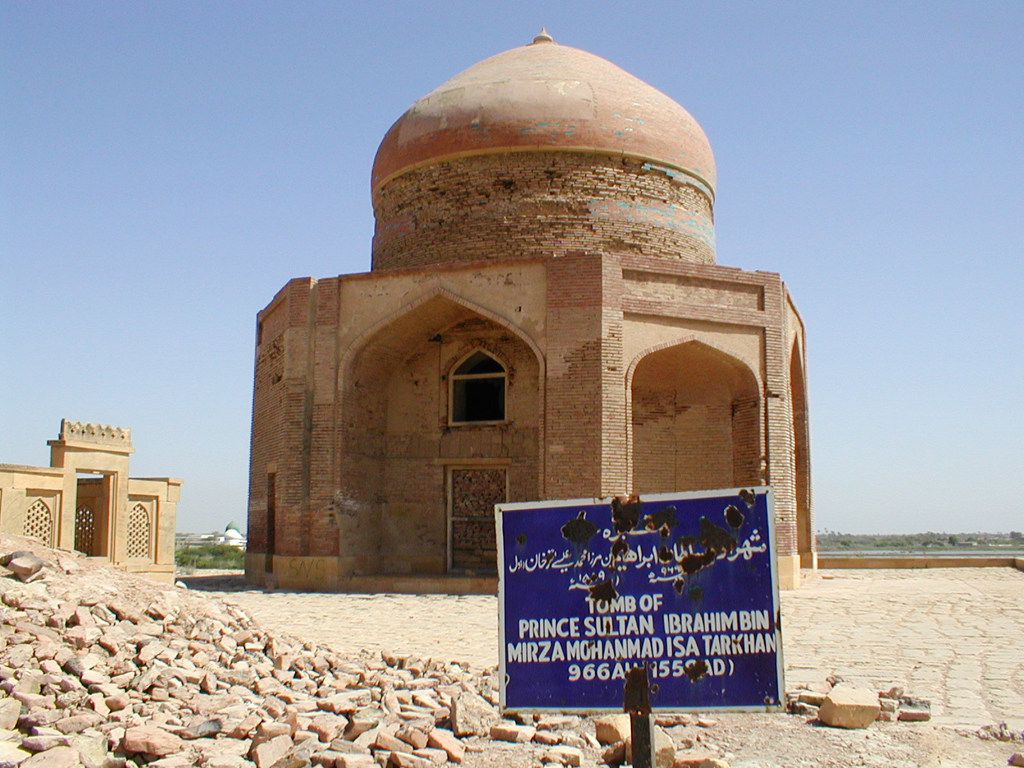 Mughals attached great importance to Thatta city – once capital to various dynasties and a cradle of civilization and also home to thousands saints and sufis – who now rest in eternal abodes.

This graveyard also reveals the history and craftsmanship of Sammas, Arghuns and Tarkhans and Mughals dynasties, spanning over four centuries.

Entering the main entrance, one can examine the minute and delicate workmanship on the tombs of famous Mughal governors – the embodiment of architecture, art and stone carving. 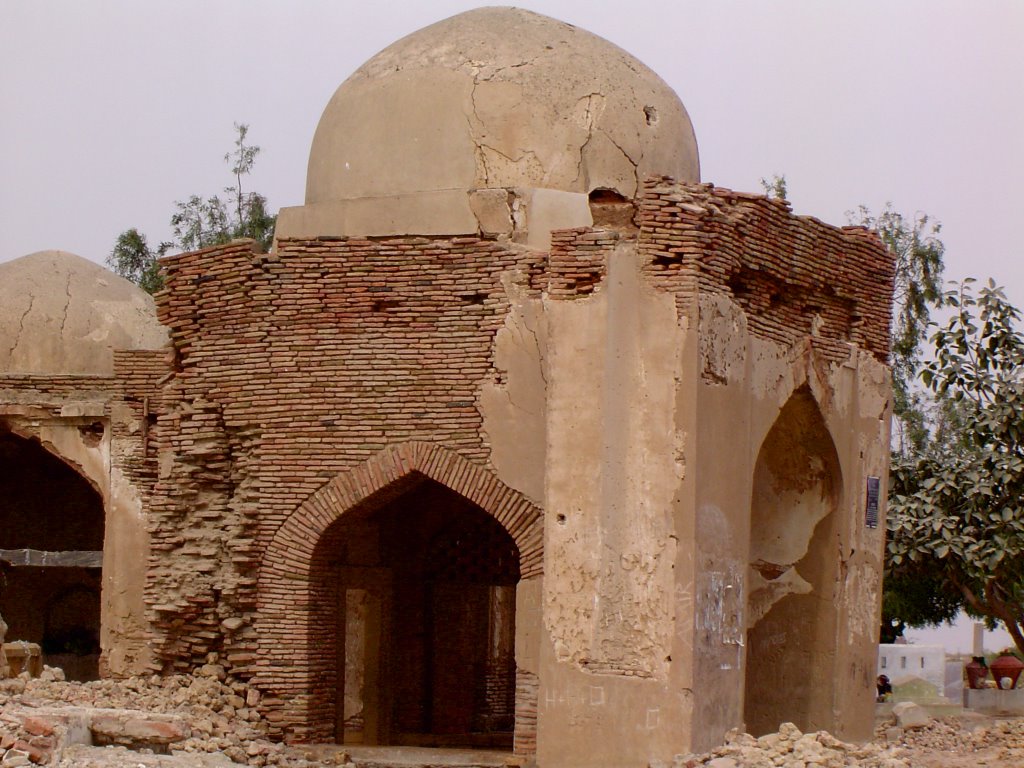 Towards South stand the tombs of Tarkhans and Arghuns, right from Isa Khan Tarkhan-e-Awwal son of Mirza Jan Baba, and once Governor of the area down to Baqi Beg Tarkhan (1585), Ahinsa Bai, Sultan Ibrahim, Sir Suleman and others.

Sammas were the first to rule the area followed by Tarkhans and Arghuns and then the Mughals. 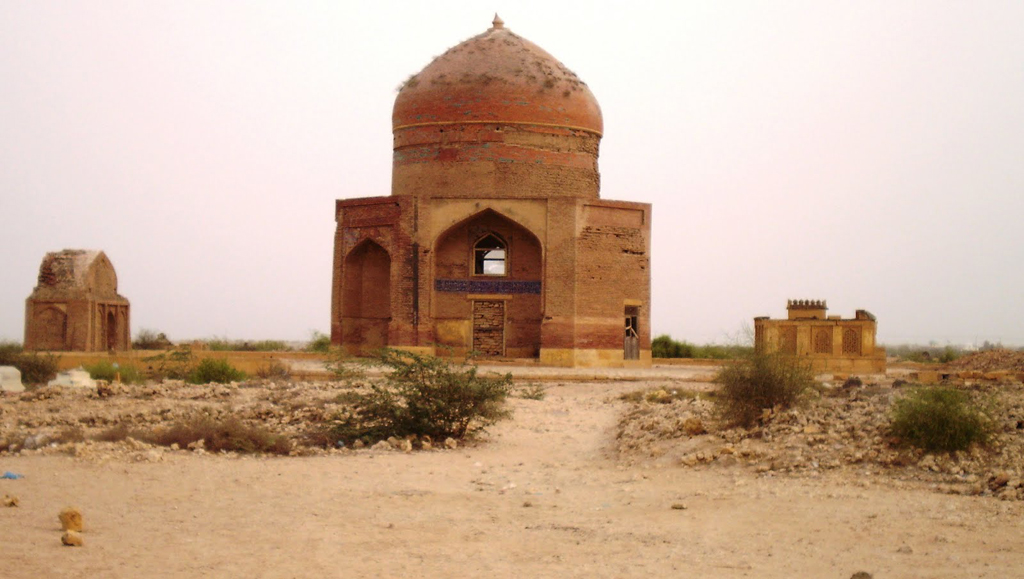 The visit to the necropolis sparks to the minds of visitors, the history of some last six to eight centuries. The artwork on the graves and the artisan work is enchanting and unique to any necropolis in the world.

In first glimpse, one is amazed by the vastness of graveyard with countless graves, rectangular in shapes and inscribed with glorious Islamic calligraphy, the vaulted domes and arches – rising in endless succession. The structures describe who is buried inside.

Locals believe, the graveyard has been named after a pious women “Mai Makli”, whose prayers saved Thatta from conquest of Sultan Feroz Shah Tughlaq, till she lived. Mai Makli’s grave is simple, without carving or headstone and covered with a green cloth. 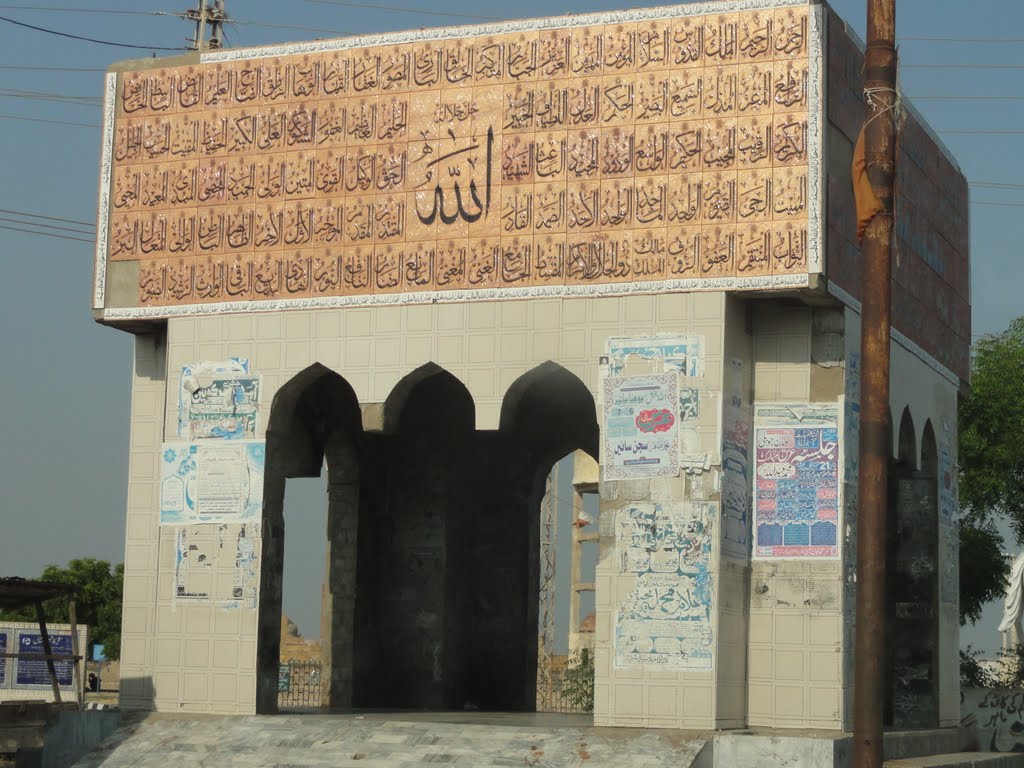 If traditional small bricks and stone work mark construction of the tombs of Mughal rulers, the tomb of Samma King, Jam Nizam al-Din is an impressive square structure built of sandstone and decorated with floral and geometric medallions.

The structures stand strong and beautiful exemplifying their immaculate beauty.

The largest and the most impressive is the tomb of Isa Khan Tarkhan who died in 1644 – the two-storey stone building with majestic cupolas and balconies. 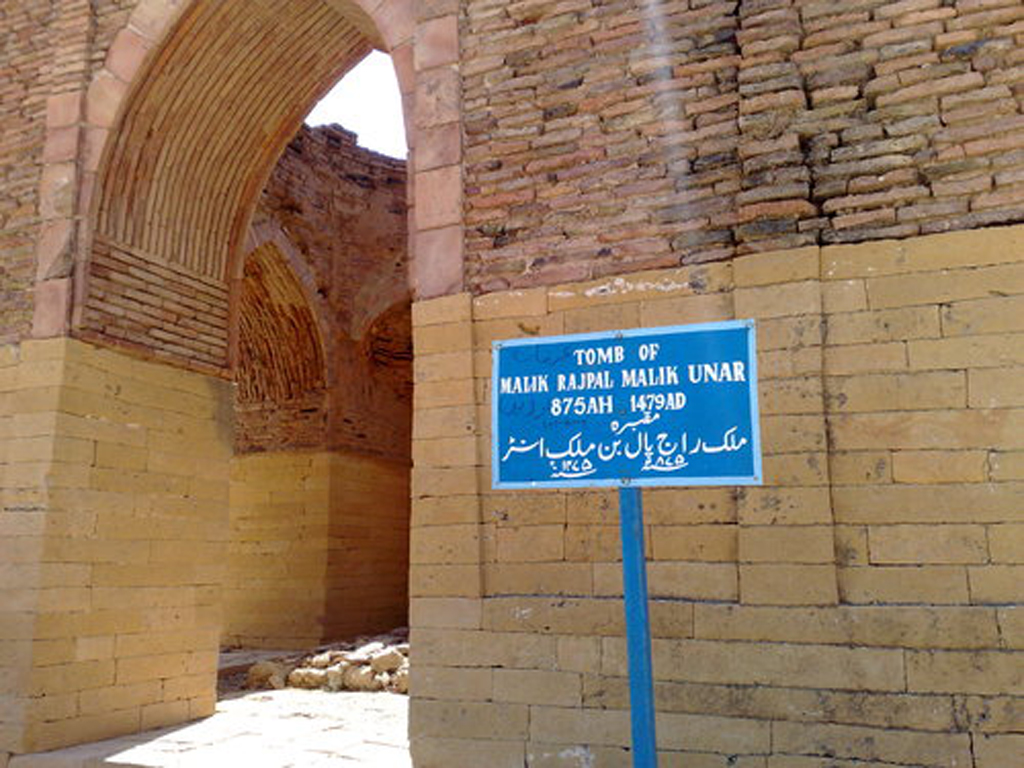 Some locals claim that Isa khan had constructed this tomb in his lifetime. After its partial completion, Isa khan cut off the hands of most talented craftsmen, so that no other emperor could engage them to copy the same monument again.

Besides the most preserved monuments are, the tombs of Mirza Jan Beg, Mirza Tughral Beg and Dewan Shurfa Khan. The tomb of Jan Beg Tarkhan is a typical octagonal brick structure with dome covered in blue and turquoise glazed tiles. 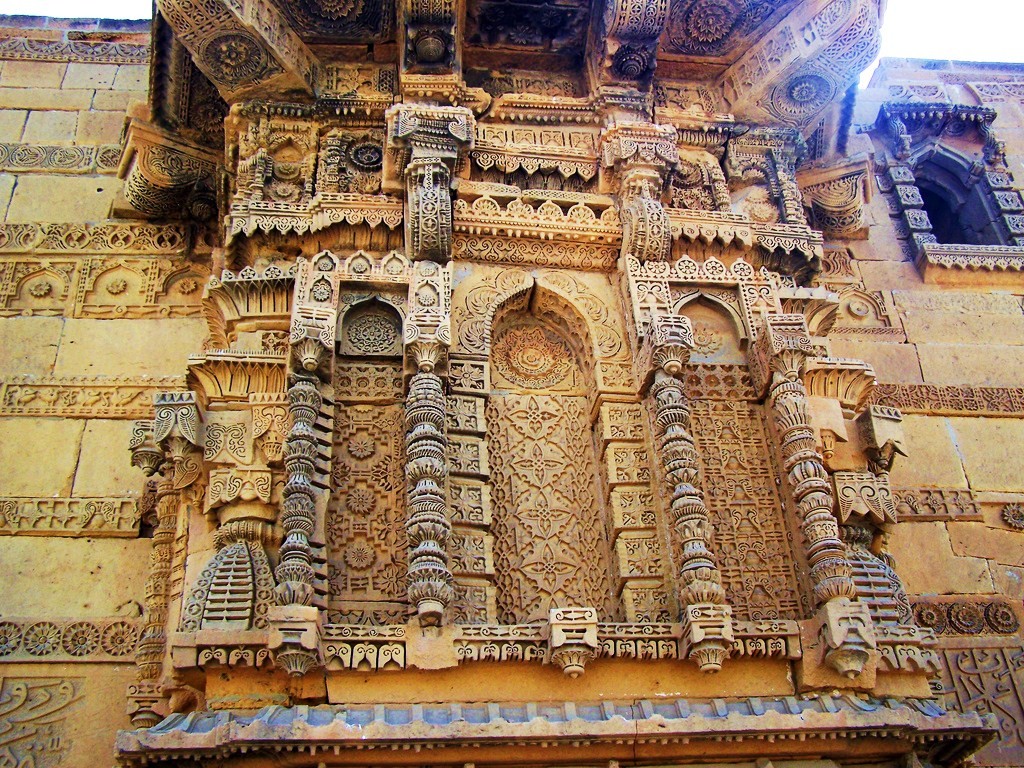 The tomb of Jam Nido at Makli Hills

Though Shurfa Khan’s tomb was locked, but its view even from a distance, revealed the skills of architect and colour scheming.

Some tombs are built with dark red bricks or stones, nicely baked and glittering like glass. When tapped, they sound like metal. 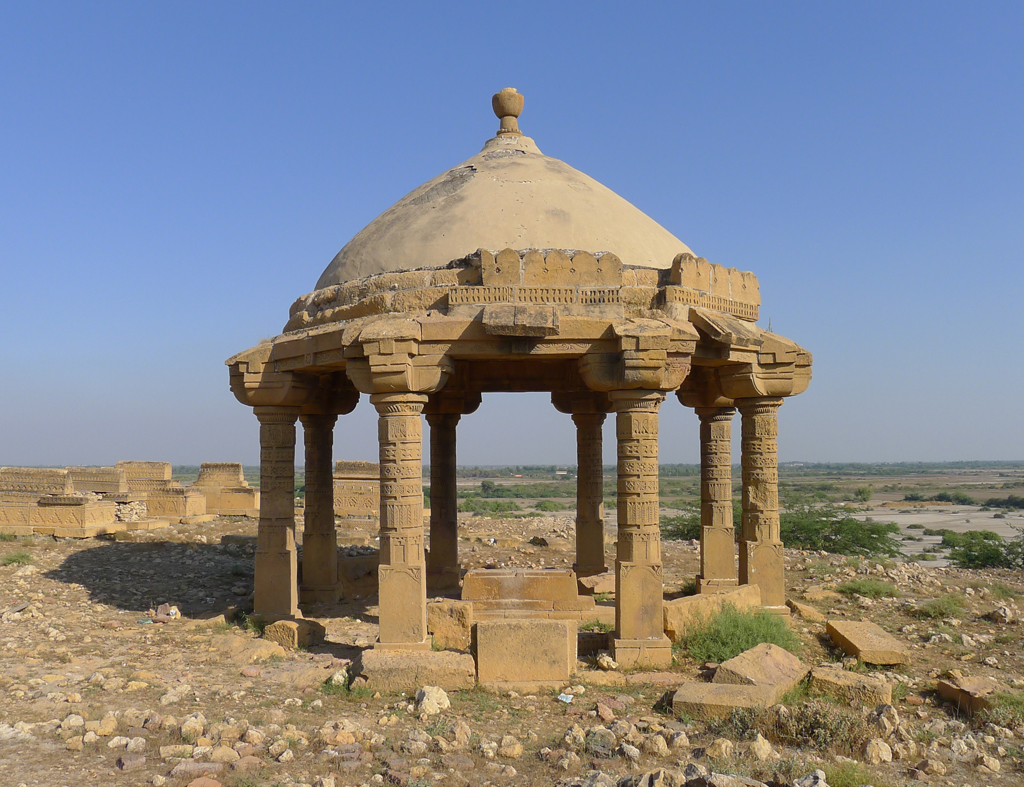 If some are built with tiles showing the Iranian architect, others are impressive square structures built of sandstone and decorated with floral and geometric medallions – like the mausoleum of Isa Khan Tarkhan – a two-storey stone building with cupolas and balconies.

Makli graveyard is also believed to be the burial place of thousands of Sufi saints. 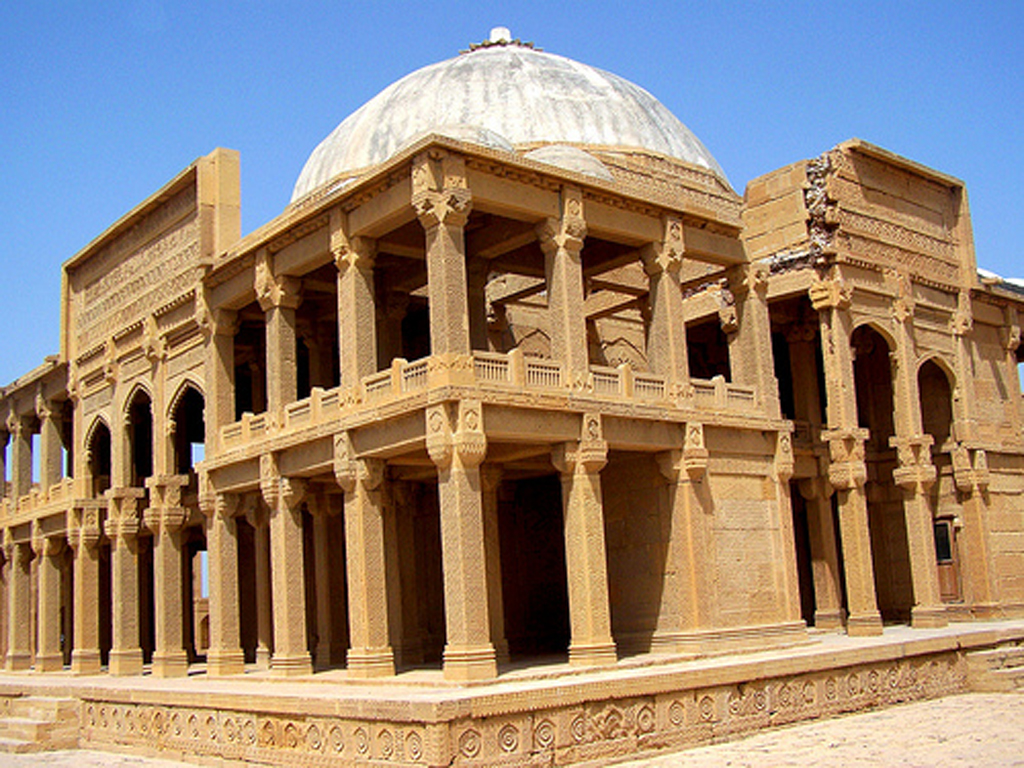 Like many others, Makli graveyard is rich heritage and we need to further preserve it for making it an attractive tourist place. 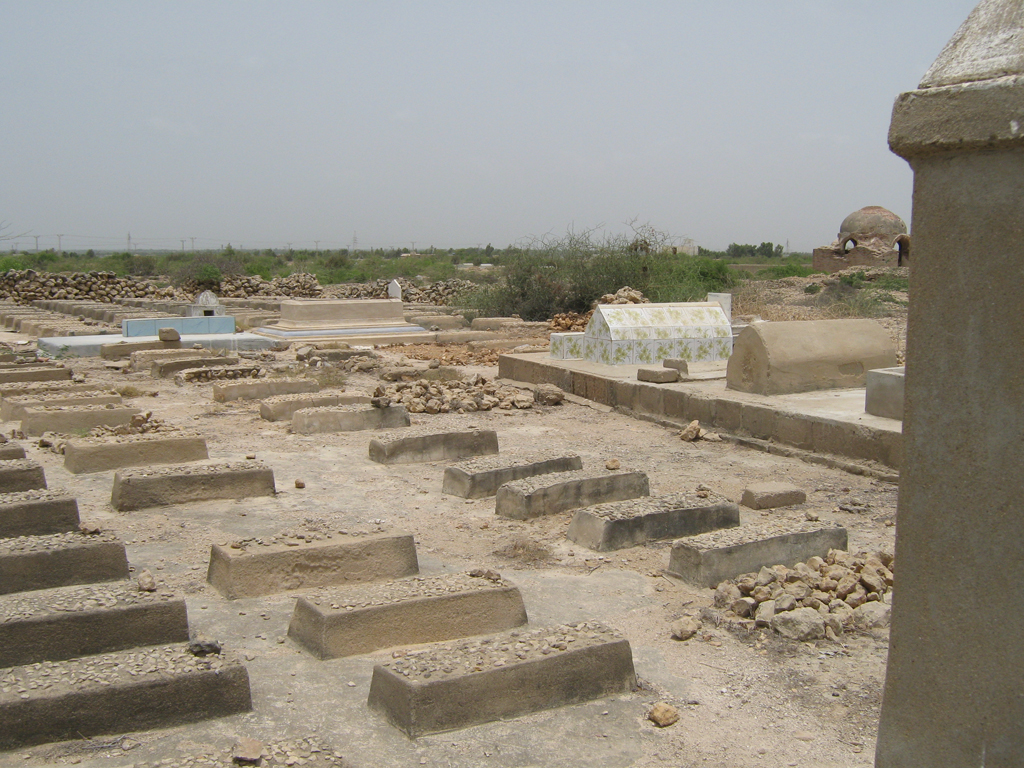 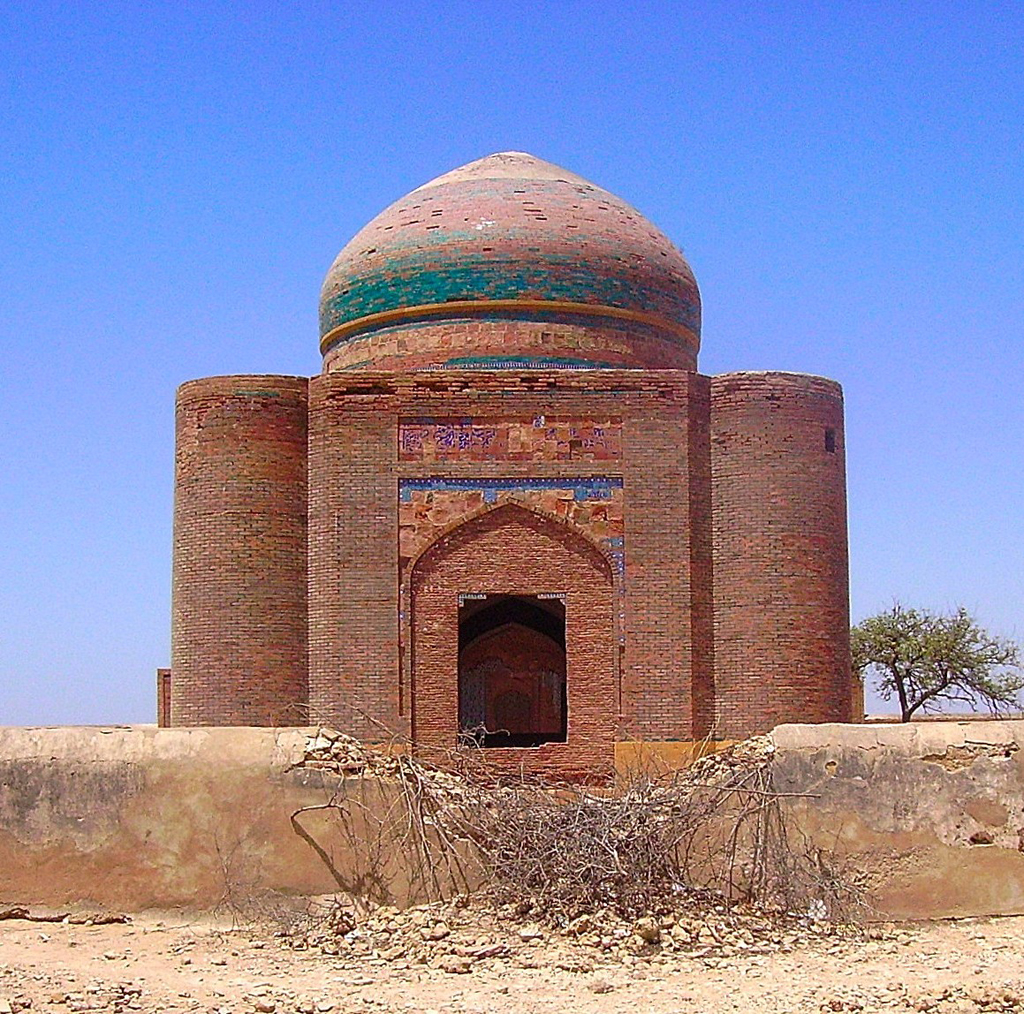