I went to Fahad on 21st May at his flat in G-11, it was Saturday, we were discussing about some trip and then came the idea of going somewhere on Sunday (next day). We all have to get to office on Monday so we had to think of some place that is new to us and that we can visit and then come back home within the same day. Several options were explored and at the end we all agree to go to Kehwra mines, we also planned to go to Kalar Kahar on our way. Assad and Hammad (my friends and brothers of Fahad) were also to go with us, I contacted Yasir and he agreed to go with us.

So next day on 22nd May, Fahad, Asad, Hammad and Yasir came to my home at around 9 AM. My home is at G-15, its adjacent to motorway so I was on way.  We did breakfast and had some games of table tennis, contrary to bigger claims of Fahad and co , I beat them at every match.

At 10:30 AM we started our journey, we were on Red Honda City, we travelled on 120KM/hr at average, on the way we changed plan to visit kala kahar on our way back rather the right now, after Kala kahar, salt range started.  We stopped before the mountains to get some pictures. I offered Hammad to drive the car and he was quite excited to do that, but on 60Km limit he drove at some point on 73km and so we got stopped in 5 min after Hammad started driving. Police gave us a ticket of Rs. 200 and his brother suggested I should take back the driving seat. On the rest of the way till Kehwra mines we were laughing about this even and how poor Hammad got the ticket in that short time. It was first and last ticket I got on that car. It was an even that we discuss quite often when we site with Hammad and laugh about it. 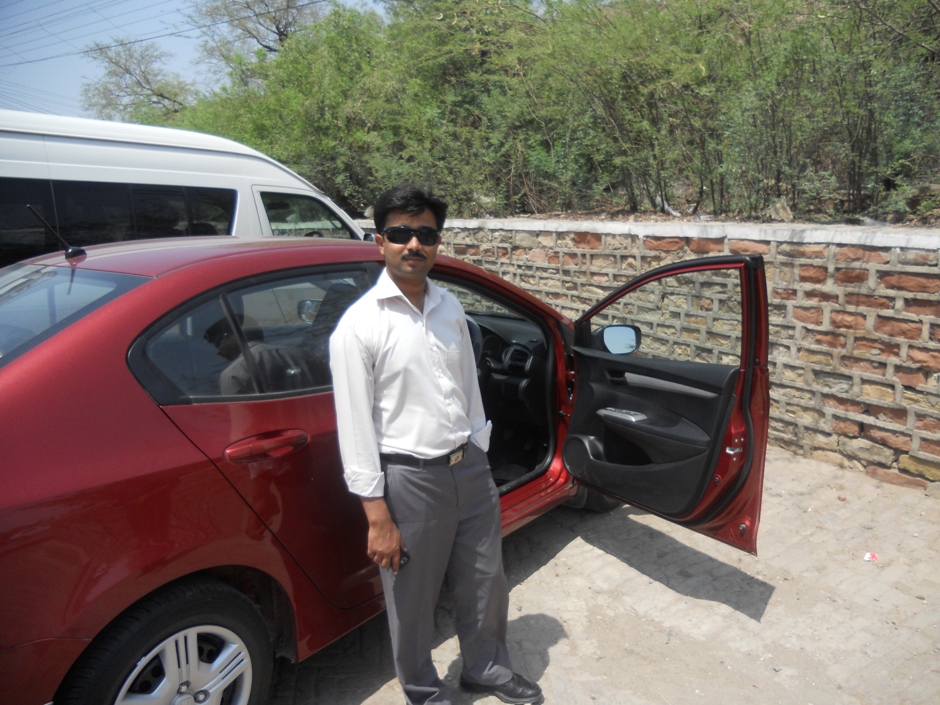 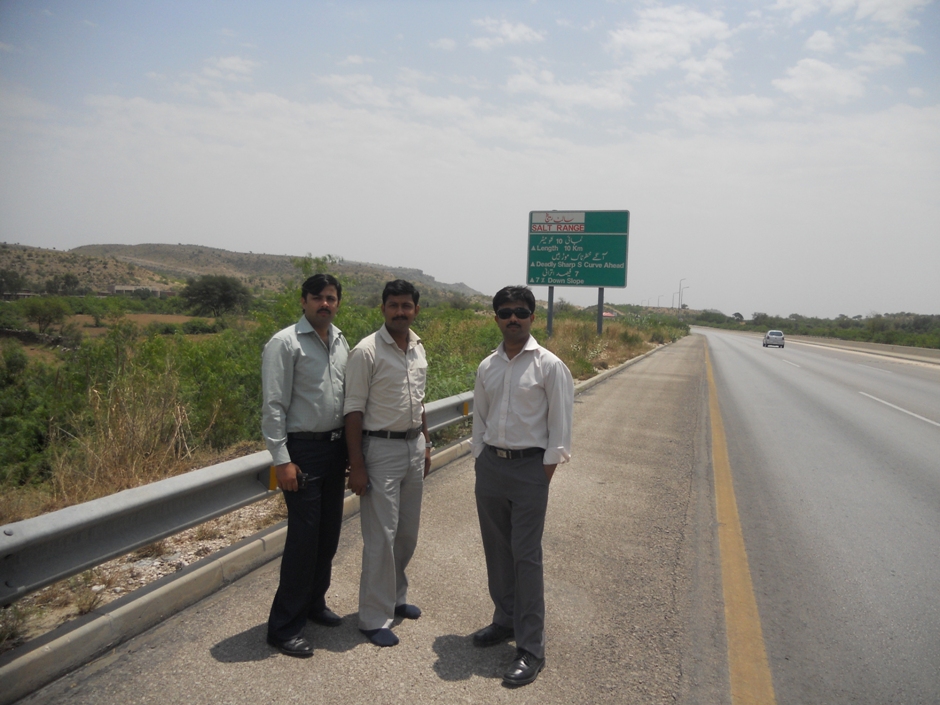 There were quite a few people there as it was a Sunday, its quite central place to both Lahore and Islamabad, so you will see school buses from both sides of Islamabad-Lahore motorway here.

We parked our car and went to get tickets, Tickets were on discount for students and we searched hard for our university cards to avail those but they were nowhere to find, I think Hammad had his but not sure.

If one wants to go on train that takes tourists inside mine then they have to pay extra ticket for that, we decided to walk and save some money J and it was the right decision at the end as it’s not that long, if you are with family then you might want to use that facility though.

Took some pictures on the entry of the mine, famous place to take pictures and then went in, as soon as we got in a pleasant cold wind started to blow, it was May and it was hot outside and it was very pleasant to get in and walk. 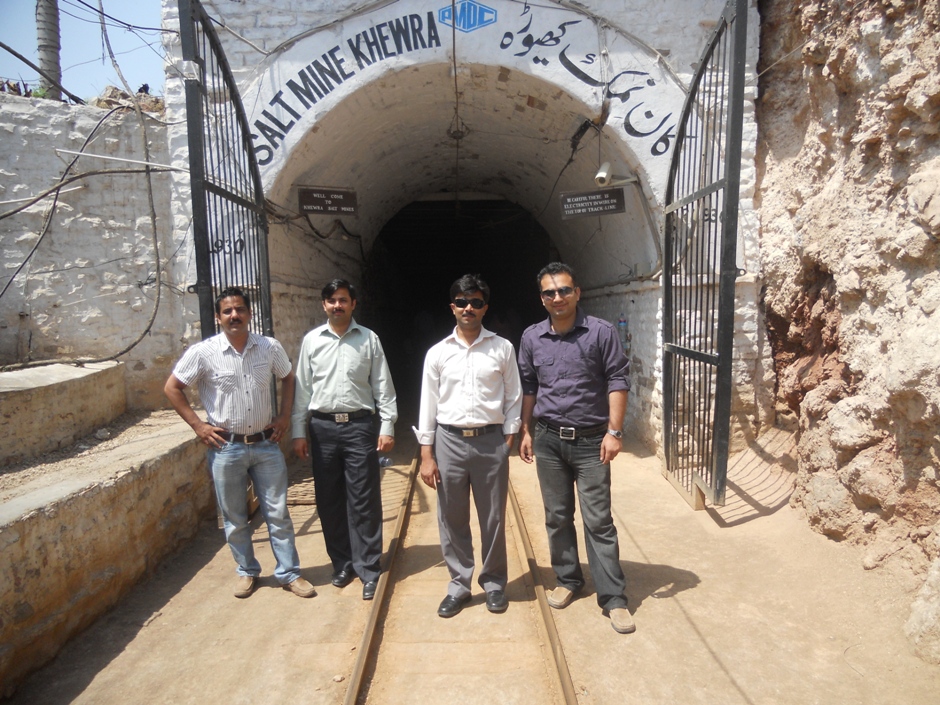 We kept walking and took pictures from time to time, in about 20 minutes we reached the central point of mine, it was beautiful and cold…we sat there for some time, took some more pictures and then started to explore the other areas there.

There were some small bridges over the water compounds, there is also a sample of Minar-e-Pakistan all made of Salt. 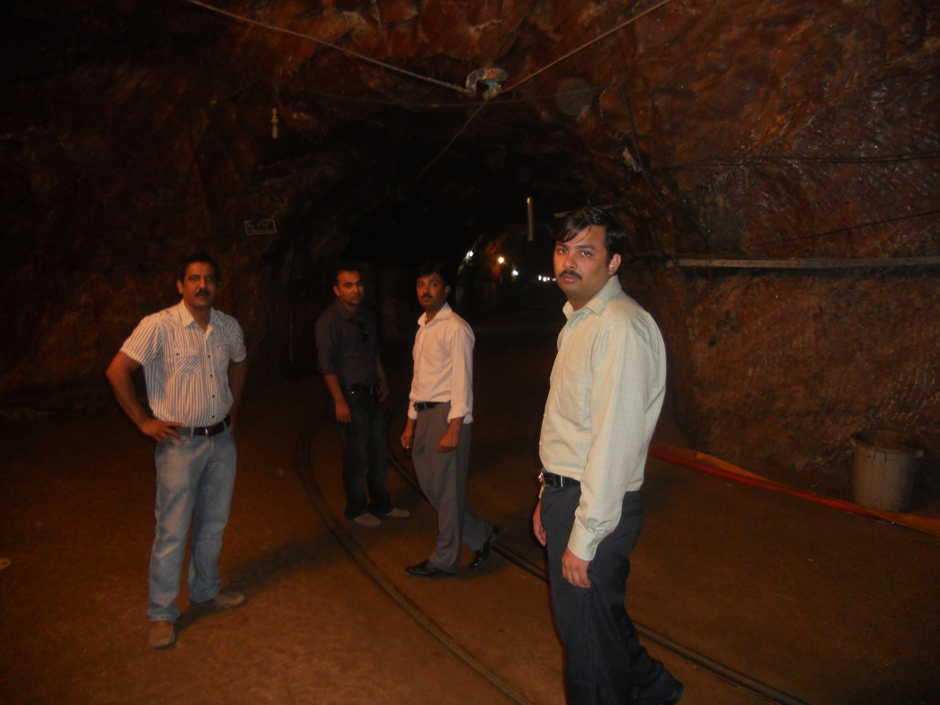 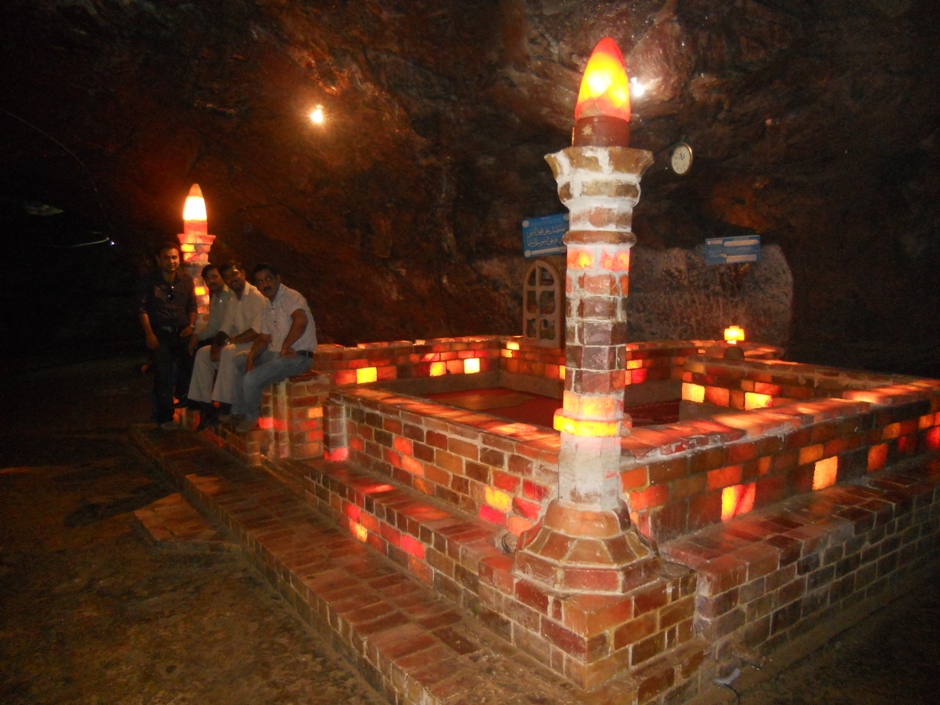 In around an hour we were done exploring the rest of Kehwra mine.

There are some also stalls selling tea, pakoras, chips and other drinks, although a little expensive but you expect that… we bought some food and started to walk outside, There are some restaurants out side the mine and sitting area. Its clean enough, we sat there and ordered some food. After having lunch we took off at around 3:30 PM. Yasir drove the car on way back and we were all holding the car seats tightly as it was nearly flying.

In around an hour time we reached Kalar Kahar, Kallar Kahar  is a town  of Chakwal District in Punjab, Pakistan.  It is a tourist destination located 25 kilometers southwest of Chakwal along the motorway. It is notable for its natural gardens, peacocks and a saltwater lake. It is 125 km away from Rawalpindi. 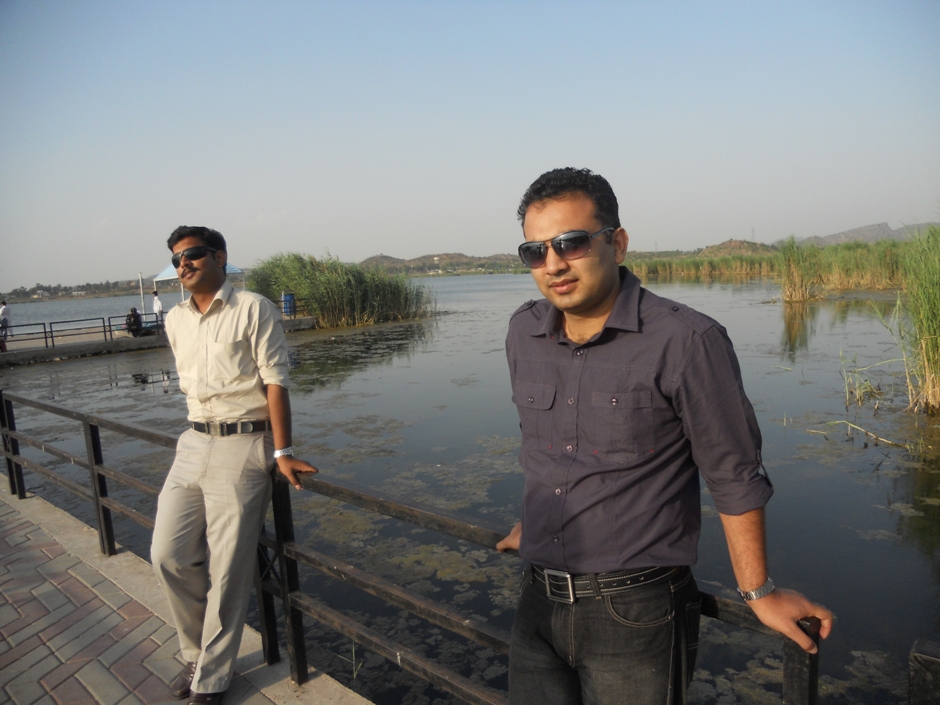 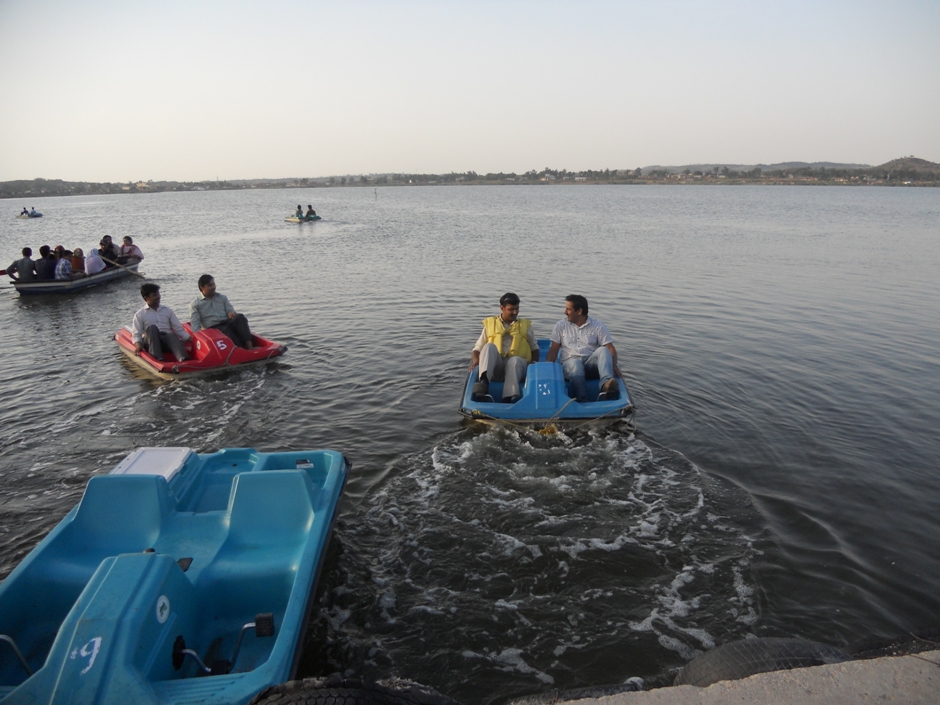 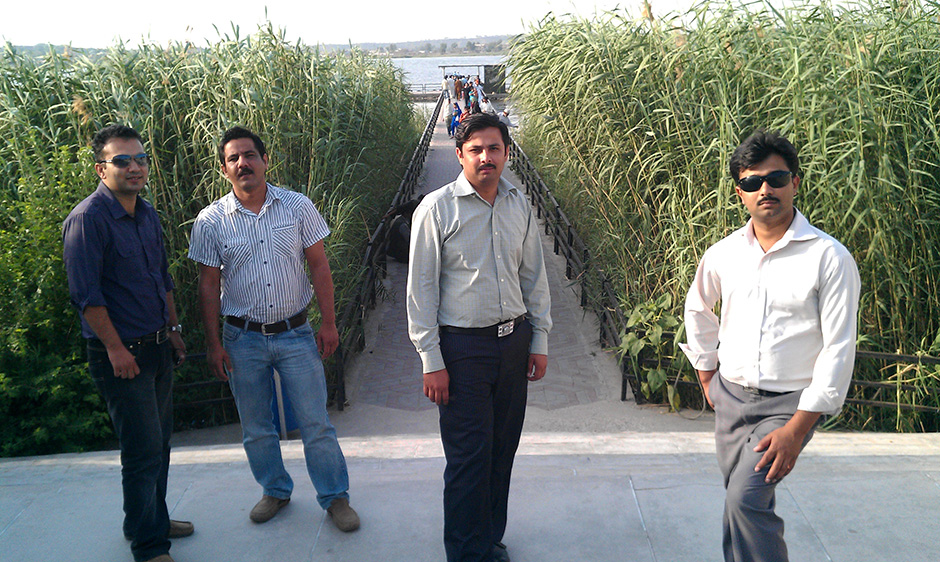 We didn’t had much time so went straight to lake and had a ride on bigger boat, guys were interested in other boats which 2 people ride so we drove that too. After that we wonder around, tried to found takht-e-babri but no avail. We stayed there for around an hour and took off for Islamabad.

We reached Islamabad around 7:30 PM, it was a great trip and really enjoyed! Thank you Fahad, Asad, Yasir and Hammad for the company!